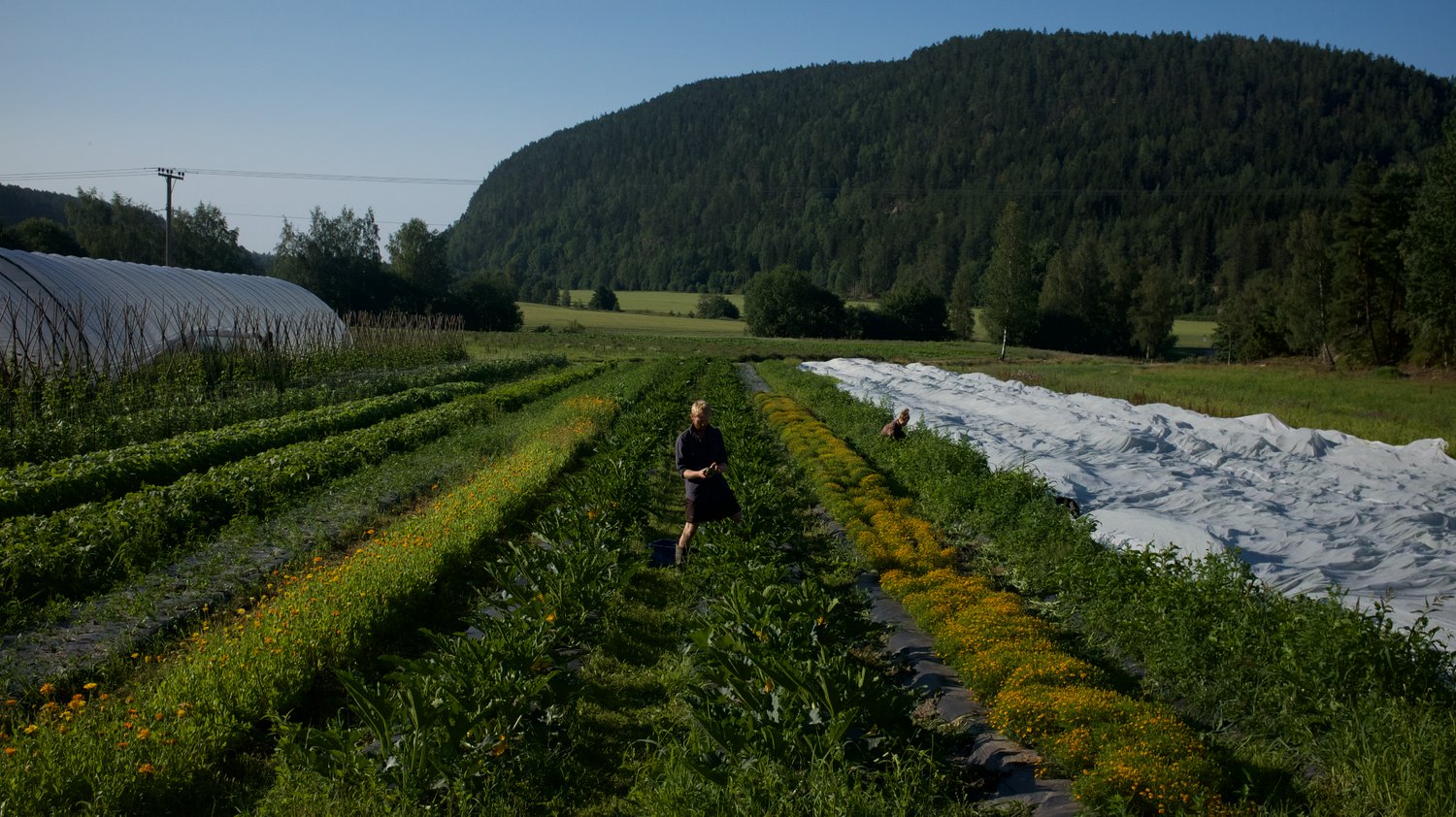 Dagens is an innovative online marketplace enabling producers to trade directly with chefs, on their own terms. This ground-breaking digital marketplace gives small producers access to the professional market and provides them with the digital tools they need to sell their products. It brings benefits to customers too, who gain access to sustainable produce from smaller producers in the area who otherwise would struggle to enter the market with the big players. In addition, Dagens has developed technology that empowers farmers to take control of their own sales, administration, and distribution. The company’s goal is to build a new, resilient food system with technology and smarter logistics to improve the current state of the industry and bring greater opportunities for smaller producers.

We met with the Head of Direct Trade in Norway, Edona Arnesen to explore the current state of farming in Norway and discuss the placement of young people in this system. 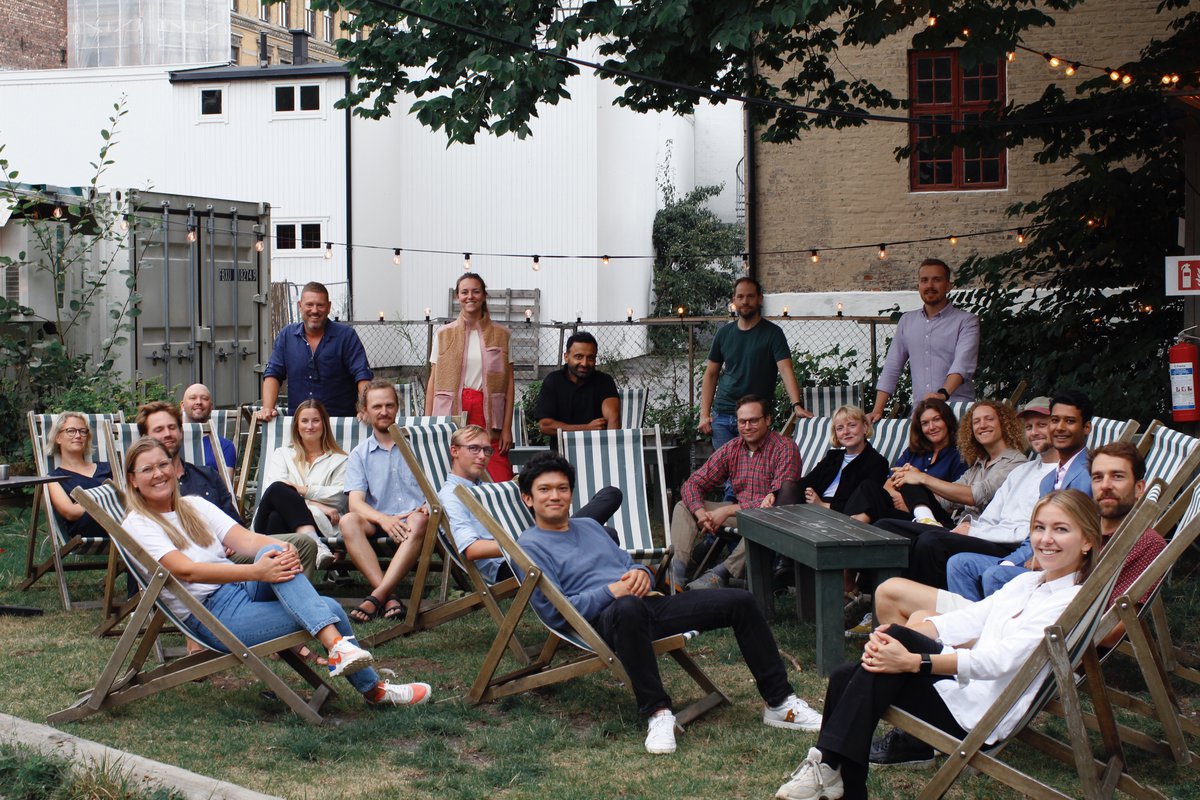 In the journey to build a new resilient food system, where does Dagens stand today and how would you evaluate this past year? What are the main objectives that you, as part of Dagens, have for next year?

The past two years have been challenging and it's not over yet. Soaring electricity prices in Norway and inflation, combined with increased salary demands and lack of skilled workers in the restaurant industry, have affected the pace of how quickly we can make direct, local trade spread in Norway and Denmark, where we are currently active. However, everything that's happened in the world and in our societies these years has made it ever more clear how important it is for a country to have a substantial amount of food produced within its borders - food security is of the utmost importance. Likewise, more and more people, both professionals and consumers, understand the implications that different food production practices have on nature, oceans, different ecosystems, and the environment as a whole. They are searching for ways to make the best choices, and this is what Dagens brings them. I would say it's been a formative year with lots of learning for us at Dagens. We've focused a lot on building our own organisation’s resilience for the future. We are ready to handle the complex market this year and support all the producers who want to have greater autonomy for their own business and who want to sell directly to their customers in a way that works well for both parties, and that secures a livable, honest income for the producers themselves.

The main objectives we have for next year are to make decentralised, local food systems grow even more and be the norm for everyone who wants to take responsibility for their part in the food system, and to be the solution for those who know they need to act differently but don't know how. A concrete objective is to work with bigger buyers, to show those who buy in larger volumes that local, direct trade is still a possibility. We will also be more vocal about our knowledge and experience in the field of food, to ensure that we bring this forward to our partners and support them in their transition to procuring in a different way to that which they're used to with the "big system players", aka wholesalers with global produce readily available in warehouses.

What is the situation for farmers in Norway nowadays, do they have enough support from the government? Is it an attractive field for young people? What are your thoughts on this?


The situation for farmers in Norway right now is dire and very serious. We've recently had a huge uproar among farmers all across the country, where the farmers themselves were absolutely at the forefront, together with their unions and a large part of the Norwegian population. They were fighting for their right to have a liveable salary at the same level as industrial workers, which has been (and still is) far from their reality. Thankfully, and rightly, the government decided to support them more and close the farmers’ income gap for now.

The situation remains that 3 out of 4 Norwegian farmers have quit in the past 50 years and 2 or more farms are closed down every day. This is largely due to the politics of centralised, consolidated farms and large-scale operations being incentivised above small-scale, more spread-out farms. Just as in France, there are not nearly enough young people ready to take their place in the agricultural sector. They don't want to. Young farmers trying to make it tell me there are next to no good reasons for going into farming today, so why should they make all those personal sacrifices to support the country by producing food when the country itself does not support them back?


What is the situation with native seeds and seed varieties in Norway, is their usage widespread among farmers?

In Norway, there's a small company called "Solhatt" who cultivates and sells organic seeds of high diversity that are bred for the Norwegian climate. A lot of the small scale farmers prefer to buy from them. There are also many those, who save their own seeds in addition to the seed saving organizations and coalitions who share their saved seeds, to ensure that breeds that handle the current - and changing - climate, will be grown by more people. Amongst farmers I'm sure the focus on seeds is their priority, but in Norway, in general I think very few have a clear idea of the importance of seeds and how they are grown, saved, traded - and who mostly own the seeds, which ultimately is the source of our crop productions.

I don't think native seeds and varieties are very widespread, at least not amongst the larger producers. They are, as most farmers, stuck in the very challenging loop of having to secure high yields in order to make any decent living and deliver on their contracts. Perhaps they are too afraid to go for native breeds as they are more geared towards resilience and also giving back to the soil, rather than hybrids that are bred for yield and fast growth.

How do you imagine the future for small-scale farmers?

I can't help but be optimistic about the future of the small-scale farmers. Anything else would make me want to quit my efforts right here and now. We have to set a value on the possibility of having food produced in our immediate surroundings, that is grown without chemicals and pesticides, and that brings people and nature close to each other. The health benefits of this are immense, but we're not valuing this in our societies today - generating money is all that counts. There are no big companies who benefit from food not being processed and transported, productions being done without external, high-cost inputs, people not needing healthcare and medicine because their food and environment no longer makes them sick, and soil being cultivated without heavy machinery that needs fuel and maintenance. No one makes money on low-input food production and healthy people, and that's why industrial food production is still so heavily incentivized. Do we as world citizens just want to keep accepting this? I hope and I think not. That is why small-scale farmers are so immensely important. The truth is of course that in less developed areas of the world, small-scale farmers are still the ones feeding their community.

What about young people in Norway, how do they know about where the food is coming from, do you see the positive dynamics of their interest in sustainable agriculture?

I would love to say a loud yes to this, but I know that I am very much living in an echo chamber of the world in which Dagens operate. Our values are rooted in fairness, responsibility, transparency and community. We are lucky to have a lot of brilliant people with us on this journey, however there are still way too many who don't know yet or care about the state of our food systems and their impact on the environment and climate.

That said, there is push for better and more sustainable food - in a broad sense - coming from many different sides in society. From people in general (those we talk of as consumers, which is a word I really dislike), from organizations and youth, from global entities like the UN, and from the public sector as a result of the latter.

What I do see is that there are a lot of young people who choose to go more plant-based, or if they're eating meat, to make sure that they know where the animals have been raised and that they are coming from smaller productions that can actually be traced. People also want to know the history behind their food, especially when eating out. How do these things translate to their decision-making when buying food for home and cooking for themselves? Sadly, I think that price is still very much the dominating factor. And "better" food is not the cheapest option. 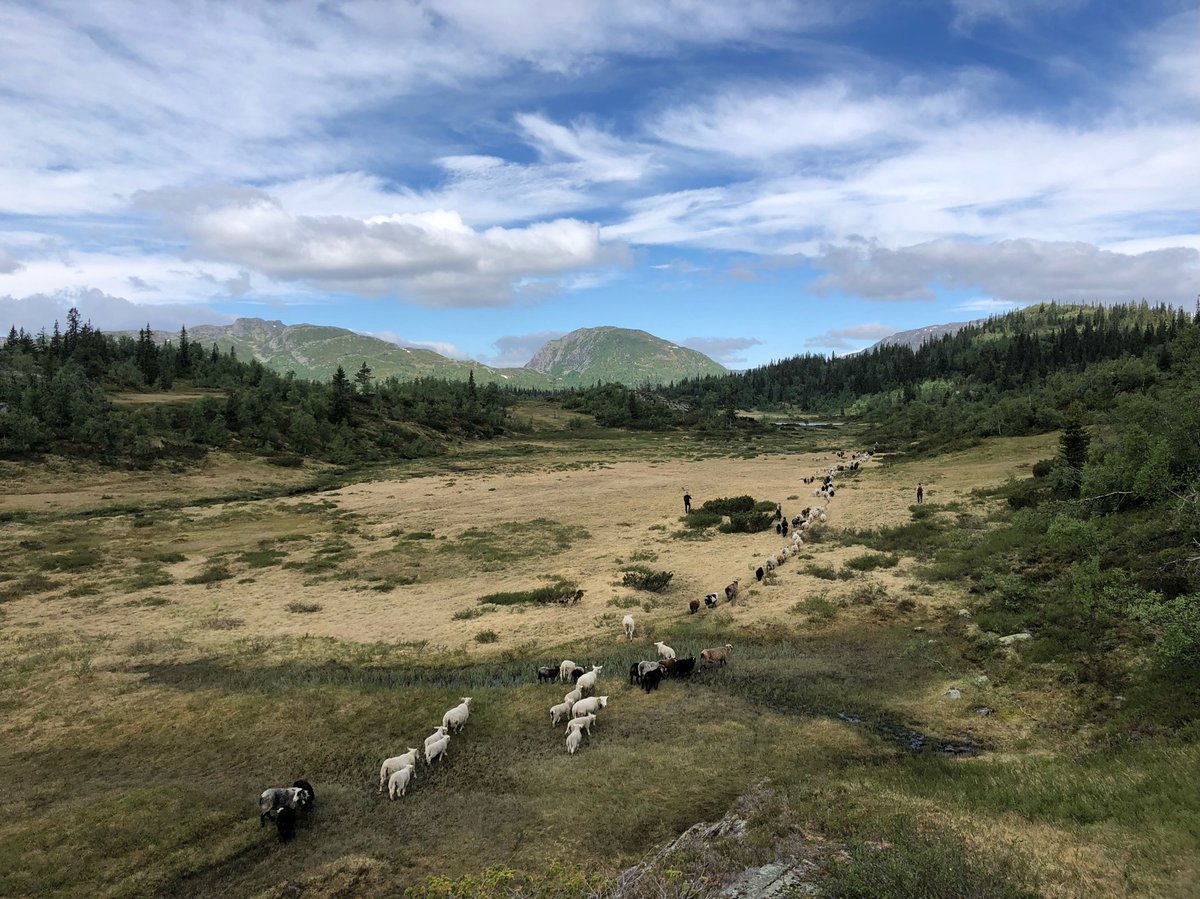