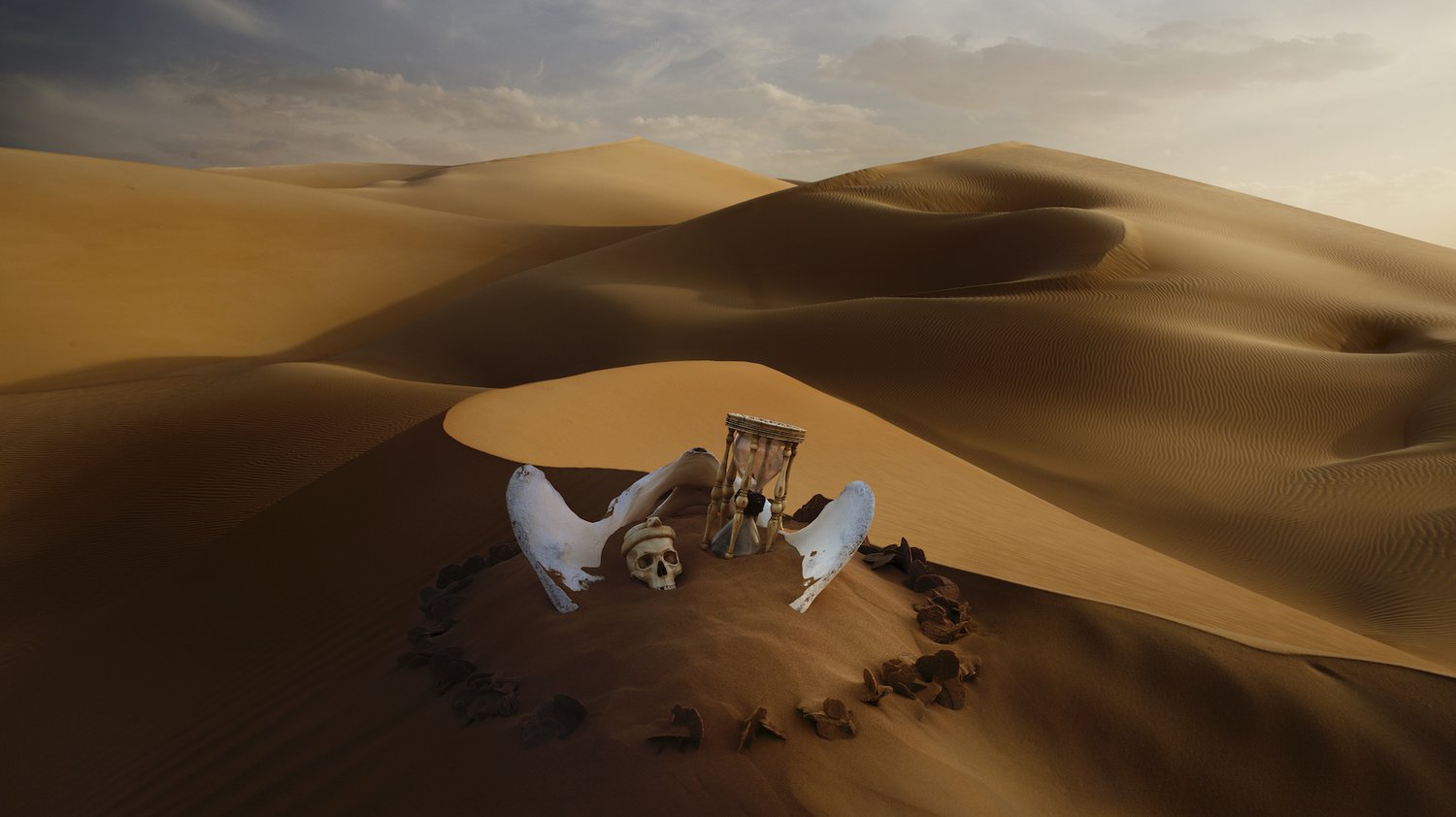 An artist and filmmaker from Corsica, Anne di Carbuccia, is half French, half American, and spent most of her adult life in Italy. Nowadays she is based between Milan and New York.

Anne di Corbuccia has been documenting the planet and the natural world in the most remote places on Earth, giving, a voice to nature itself and telling us about its power, beauty, and the undeniable Anthropocene, the era of impactful human presence in the eco-system.

The artistic reflection on the ecological crisis has been progressing since the late 60s when raising awareness about environmental issues became more pronounced in artwork, and artists became more curious about the world outside of their studios, fusing art with nature and natural materials, leading to the term ‘environmental art’.

Carbuccia’s work is often labeled as such, and she herself sees herself as an artist, who from a very young age felt bonded with nature, growing up by the ocean in Corsica. These days she simply cannot keep silent about the changing landscape, the disappearing places, and how people, as nature’s allies, are called upon to take a new role, the one of reversing the ecological decline.

Her most moving art project to date is a photo series called TimeShrines which has been an ongoing work for a decade now. Drawing aesthetic inspiration from 16th and 17th-century Dutch and Flemish still life paintings, and Memento Mori symbols such as the skull and the hourglass, she arranges these symbols with natural elements found on site, to depict a moment of greatness of the setting and its endangered beauty. From the high peaks of Everest and the desert region of the 'Rub' Al Khali’ in Liwa, Abu Dhabi to the Ol Pejeta wildlife sanctuary in Kenya, she metaphorically reminds us of the mortality of human existence and the inevitable scarcity of natural resources. 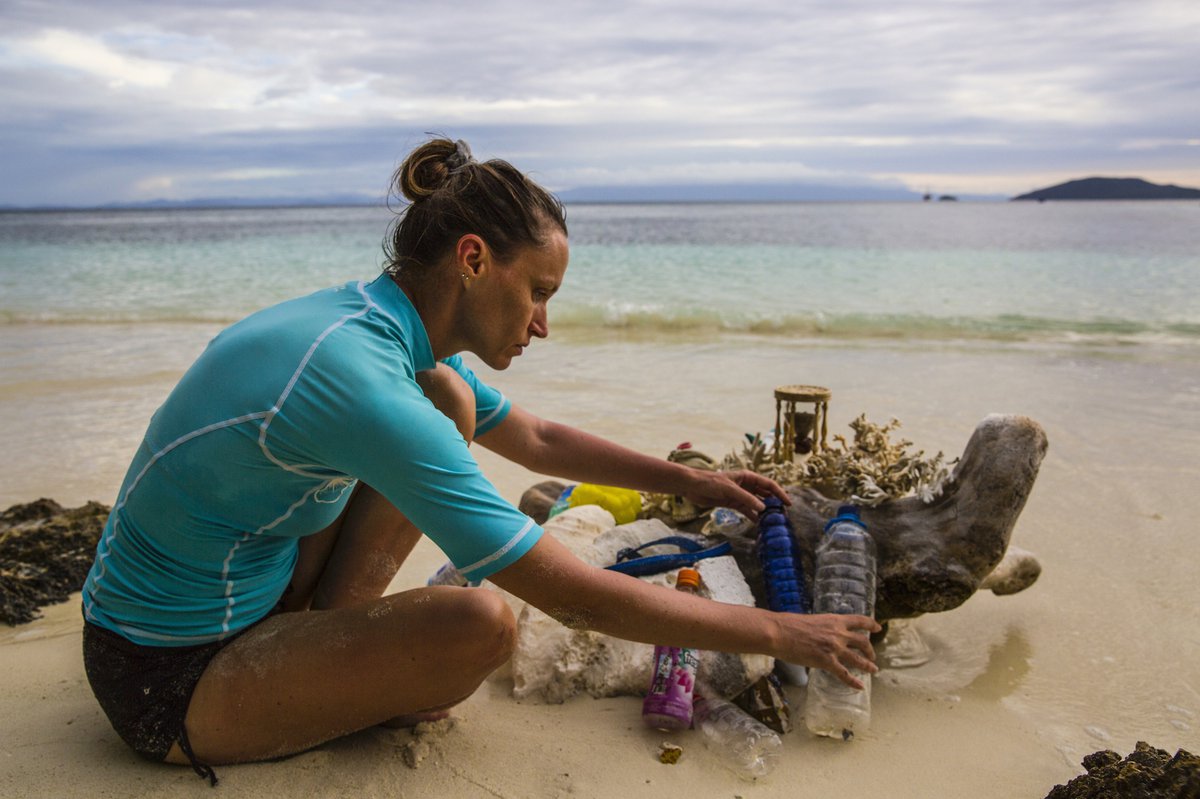 This year she wrote and directed «Refugia», a short docu-fiction movie, where she explores the remote Japanese island of Yakushima, and tells its story. Reflecting on the changing state of the sea, through the voices of its keepers, the ama divers, Japan’s professional fisherwomen, who have seen the negative dynamics of the sea over the last decades.

These keepers take on a new mission, the responsibility to reverse the climate crisis, and she calls them «Earth Protectors». The term also became the title of her first feature-length documentary which will be released next year.

One Planet One Future is a public charity created by Carbuccia and based in New York and Milan, Italy. The charity was partly created to support those Earth Protectors around the world and to promote her artistic aspirations in bringing awareness to the climate crisis, mainly focusing on the youth. Documenting the landscape altered by the Anthropocene, she finds the cemetery of abandoned fridges, just a few miles away from the archeological site of Hadrian’s Villa at Tivoli, just outside Rome. She collects plastic bottles on the shores of the remote Raja Ampat, on the island of New Guinea for her TimeShrines work, a stark contrast to the peaceful images of shells and marine life.

In this overwhelming, changing world, she chooses to act within her own capabilities and environment, not trying to find a global solution but rather to make an impact locally and inspire others to do the same. 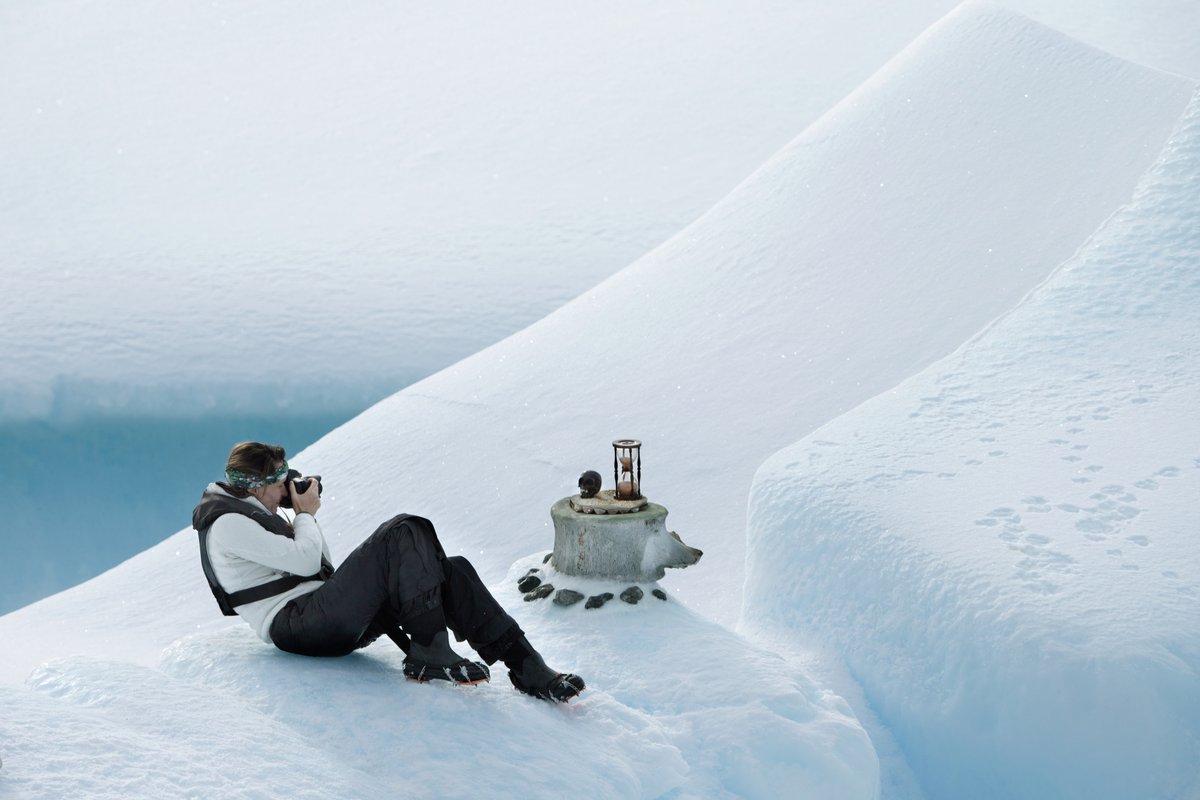 “I call myself an artist, even though most people have put me into the framework of the environmental artist. Obviously, I spend most of the time addressing the issues of the planet, giving a voice to, and speaking about our planet as a whole as opposed to only working on anthropocentric art. It’s more about being an artist who wants to focus on a new vision for us humans on the planet, how we conceive it and how we Iive here.

There's a fine line between being an artist and an activist.

I don’t actually consider myself an activist, even though, like most people, I want to change things, and my way is to do this through art that has a strong message.

Take the TimeShrines series of photographs I'm mainly known for. It has a great deal of significance and symbology. My work is focused on the challenges of the 21st century and the climate emergency. Historically we’ve never been in such alarming times.

Personally, I’m very attached to nature. Being born in it, I feel it and understand the importance of it as a vital part of me. It always translates into my work as a logical consequence.

As an artist, I can recount the narrative and my work has brought me to places that don’t even exist anymore."

"The TimeShrines series, in the beginning was really about challenging my own anxieties as an artist, mother, and human being, framed in a symbolic narrative. I was also creating it as an outlet for my own artistic expression, and it quickly led to my first exhibition in Monaco in 2016. This was the moment of understanding of how my own voice has the power to communicate important issues. It opened an extra window and gave the work another significance that went beyond me."

The project that has the most impact

"TimeShrines, along with the conceptual side, is a work documenting the planet and real places. Some of those installation’s backdrops don’t even exist anymore. I’m definitely conscious of the impact. In Naples, in Castelnuovo 90,000 people came to see my show and left notes about how they felt afterwards. Lately, the film has become the space where I’m focusing most of my time, and the reach of it is extraordinary.

The awareness level generated from environmental art is vast. The amount of young people that write to me is astonishing. After my shows, many reach out to me and express how they reevaluated their decisions in terms of studies and lifestyle. So I deepen this effect with our educational platform where we have digital lessons focused on the rights of young people and climate change effects."

The power of positive communication

"Rough and violent angry art is not very effective today, while moving people’s hearts and finding ways to touch them is more impactful than shock tactics. Also, because there is sadness in my work, nostalgia, my work is my own channeled anger and frustration and its full aesthetic, trying to make people look at it, seducing them with an image then conveying the message. I find this much more effective than angry art."

"I was in Japan to shoot the feature-length documentary «Earth Protectors». A film about those who are working to save our planet. During the shooting in Japan, I heard about Yakushima island. A mystical formation with centuries-old trees. We were then lucky enough to have a few days with no rain that secured us some great footage. We met Earth Protectors, like the hero of the movie, the young man who decided to come back to his homeland to protect the forests, which led to more encounters with local older ama divers.

Having all this material, I didn’t know at first how to put it all together.

Later on, I was contacted by my sound architect to be among 12 chosen directors for an event in Italy. At that moment there was only the raw footage, which I developed into a poetic narrative for Refugia of Yakushima. The concept tells that there will be more refugias, places where species persist during disasters, as the climate becomes increasingly destabilised. It was also a relief in a way, for me to elaborate on a tranquil narrative, and what is special is that all the voiceovers are done by real people, they are real interviews."

"I tend to find people who support the art or know about it, live in the location. In the case of Yakushima, I met an amazing girl who was acquainted with my work and understood immediately our goals there. She guided us and helped us meet some special people. From Siberia to the Amazon, I’ve always found those like-minded people, I also call them «Earth Protectors», the people who accompany me. I cherish our relationships and support them through the foundation."

"The artistic process has affected me as a person, witnessing not only the beauty of the luscious natural landscapes but also the darker side of it, how unfair and ugly it’s becoming. All this has radicalised me in a way.

It has transformed my artistic project TimeShrines into a mission. Seeing the unique and remote places, being introduced at difficult moments, it’s extraordinary to know these isolated places for the first time, being immersed in local reality. I feel grateful for that, and as an artist, it has confirmed that I want to dedicate everything I do and my future projects to focusing on the planet and the people who live on the frontline."

"I made a pact with the planet."

The mindset of an artist

"We all go through those moments when everything gets too much. «How did we get into this?».

I’ve worked so hard, and I’m so happy I did, being able to see places such as Siberia would be impossible now.

I had a maximalist approach in a way. I wanted to document to the maximum of my capabilities. I’ve learned to be in acceptance, the world is changing no matter what, but we can make a difference as to how extreme this change will be. Everyone should focus on their own environment. «What can I do? How can I have an effect on the environment in my own little way?» There is a lot one can do, but we must not get lost in how huge the problem is. It can be overwhelming but at the end of the day, it’s ultimately about us and not the planet."

"Art itself replenishes you and I’m lucky to have this creativity. The gratification of it is pleasing. It’s important to be in the moment during the unprecedented uncertainty of things."