What is the true Italian Genius? The latest edition of Sanremo 2021 was more bubbly and younger than ever.

At 2:28 am, in the night between Saturday and Sunday, when in normal circumstances one would be counting the cocktails or waiting for the right gaze, the corks popped out and the celebrations got started. A cloud of confetti filled the void of the Ariston theatre in Sanremo, rustling on the stage where the winning band Måneskin exchanged hugs of sheer jubilation and moshed wildly without music. The Prosecco was flowing also to officially celebrate the end of this long and exhausting marathon. Five nights and over thirty hours live for a rather fierce competition which engaged viewers, compères, artists, workers – people.

A feat of true Italian Genius, made of craftwork and technology, which held up the entire structure of the event in the toughest edition of all, with no firm foothold but willpower – definitely praiseworthy.

The same kind of willpower that urged people to work tirelessly to embellish the ‘Festival of the recovery’ – an epithet that will go down in history. No one can ever question the extraordinary efforts made to achieve these results. So... cheers! The bubbles of a good chilled Prosecco are great as an aperitif – with the promise to do it justice after the show – or even as a last-minute drink before going on the air. “A good glass of wine and then I go on stage”, confirmed Malika Ayane backstage.

The providential, liberating power of a solitary, coveted glass of wine which can remove the last restraints as soon as you release the wire cage that holds the cork or, in certain bottles, when you sensually undo the string the same way you would for the last button of a dress or the zip that travels down the silhouette of the back.

The fresh bead of Prosecco breaks down inhibitions and, by silencing the noise in our heads, makes us even more focused on what we are doing. The happiest among the dissociations, the most effective in dulling the tension one feels related to their profession. Liquid courage, as some call it, one night after the other, in the backstage crowded with masks and emotions, with photographers and cameramen who tirelessly try to capture priceless moments and subtle sensations, visible only to an eye trained to grasp them. Black and white photographs that seize twitches of facial muscles, sighs next to a window, a nervous smoke, harmonic scales sung to warm up the voice, technicians dangerously balancing on steep ladders on the Ariston’s stage. Dreaming of the perfect moment when finally, after those endless minutes on stage, you can stop worrying about the performance and the ‘how will it go’ simply becomes ‘it’s done’. The shots of La Rappresentante di Lista, with Veronica and Dario tired but happy after an intense journey made of impeccable performances, and the cheerful face of Arisa the next day, her smile as wide as the horizon. The moments you come back to yourself and take a minute to loosen up the tension, unwind, slow down before getting back to work. The word we all have heard a thousand times, the one that bears collective hope within. These, too, are images, real and unreal, played out in the head or really happened, which recount what happens in Sanremo when we entrust it with all our hopes of temporary lightheartedness. It always works.

With a glass of Prosecco DOC half full (of optimism, served cold) that helps you take a break from everyday life, one dives into the most wonderfully sparkling of real bubbles.

Sanremo lives on, it is here for a reason: it helps us all take a break from excruciating infection counts and try to guess, instead, how many bottles of sparkling Prosecco have been kept cold in the minibars of the hotels and in the dressing rooms, while we crave for the right time to finally open them. “I’ll open this one later” is a holy mantra for self-confidence, the most coveted prize, whatever happens. The millions of ears listening and judging could never even scratch its symbolic value; all the scrutinising eyes will never be able to grasp its subtle nuances. In that turmoil of emotions, between love stories sang out loud, outfits to criticise and gossip on later, screenshots of the performances to make ever-lasting merciless memes out of them feeding the new pop culture with its own linguistic code... well, we haven’t seen a single bottle. Not yet, at least. It will take a while before we can see the awards of Sanremo’s winners enlivened by the lustful splash of Prosecco poured onto the finalists, the winner and the runners-up of the edition, even onto part of the orchestra, the armchairs of the theatre that revealed an unbridgeable void that no balloon can fill up (not even the sarcastic one that ended up in the rear thanks to some smarty-pants). The next time, wine bottles could be used, instead. The same bottles that have proven, once again, to be a lifeline in stressful situations and even a great rating system – a social vote based on the number of popped corks and effervescence to evaluate the performances.

While the event was taking place at the Ariston, in millions of homes, countless side-events happened in parallel. Countless toasts, hilarious drinking games and comments on Whatsapp, second screens on social networks, crowded Clubhouse rooms. Sips of Prosecco (virtually) shared as to mark the succession of the intermediate stages, song after song, sketch after sketch, to hold up till the end, tease and honour the Festivàl ritual, a bit passé especially when pronounced with that French accent that makes it sound a little retro and pompous. After all, it is still the only event referred to as a kermesse, with a hint of nostalgia. At Sanremo, (almost) everything is allowed, except for bad drinks – that is never permitted. Once again, we insist on saying that the economic restart should be like in the movie I'm Starting from Three, based on the few certainties that are left after questioning all of them. Sanremo has never been ‘trash TV’, perhaps a tad kitsch or camp on some occasions but, today, its countless definitions must be rewritten with new words and with the right signifier and meaning capable of expressing its fluidity, its flow that seems to go against time or, rather, within its own time, with such slow progress that we can only perceive it years later. 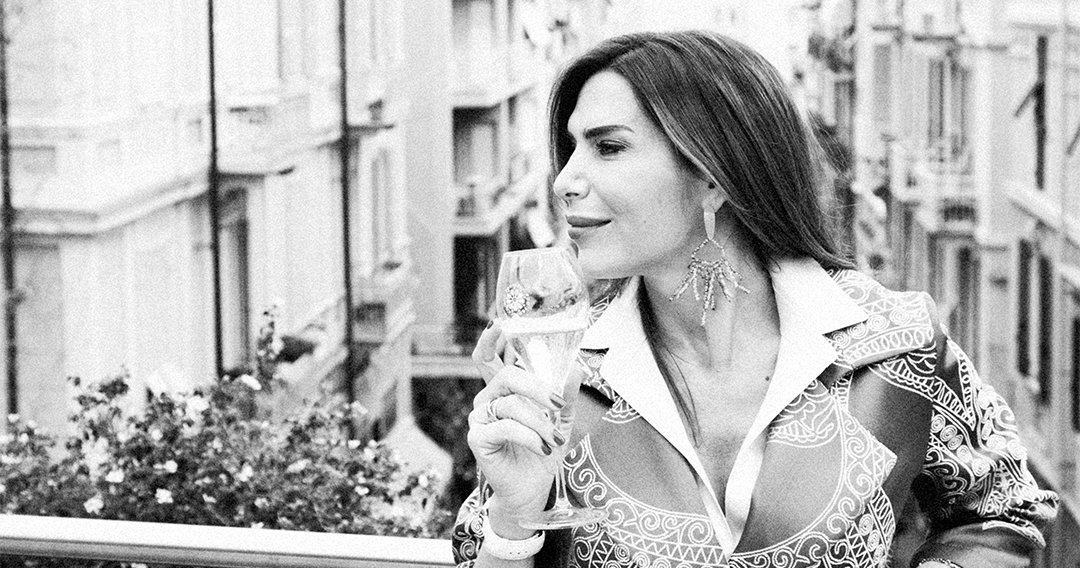 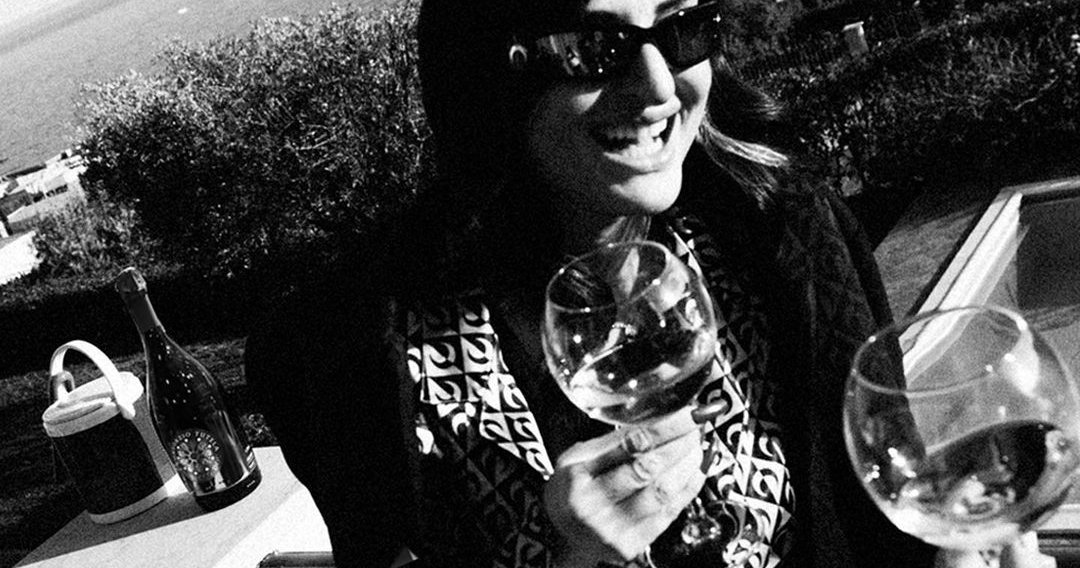 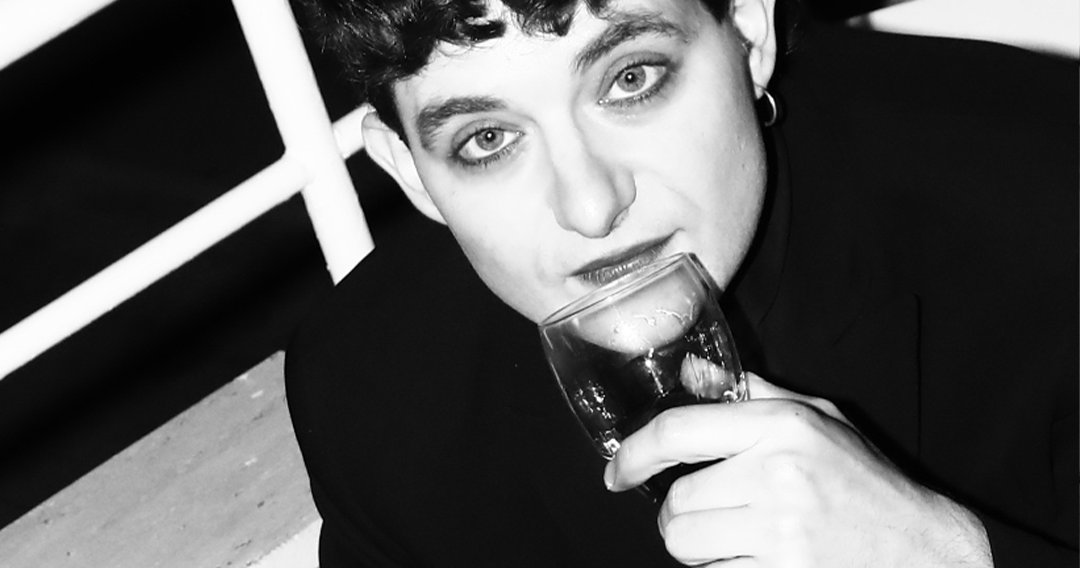 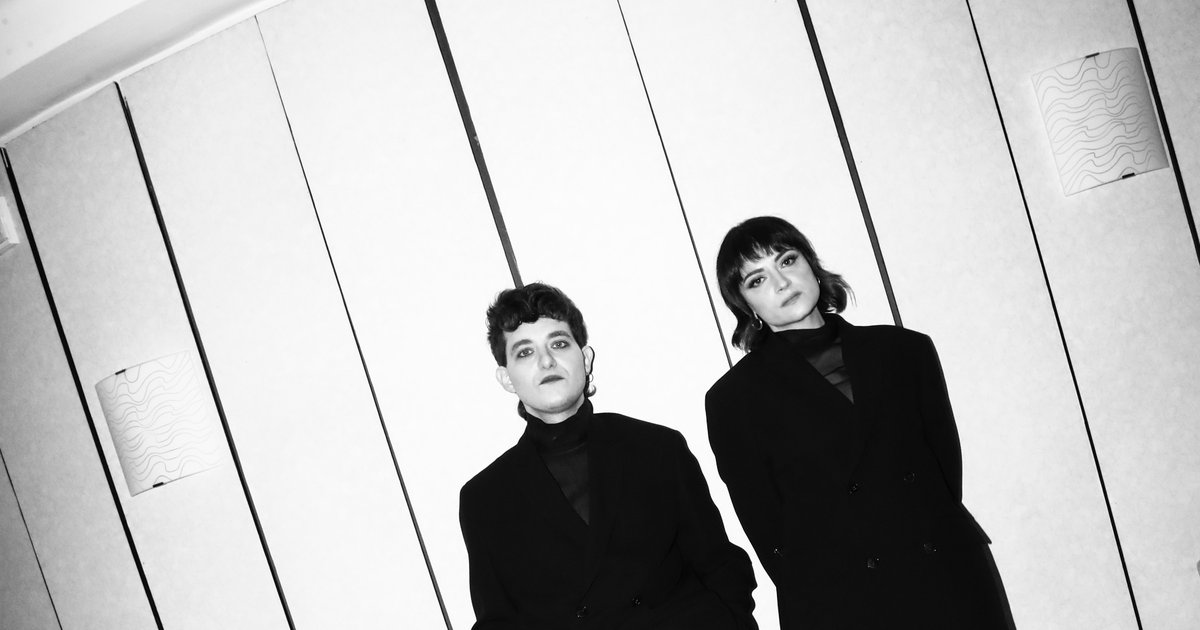 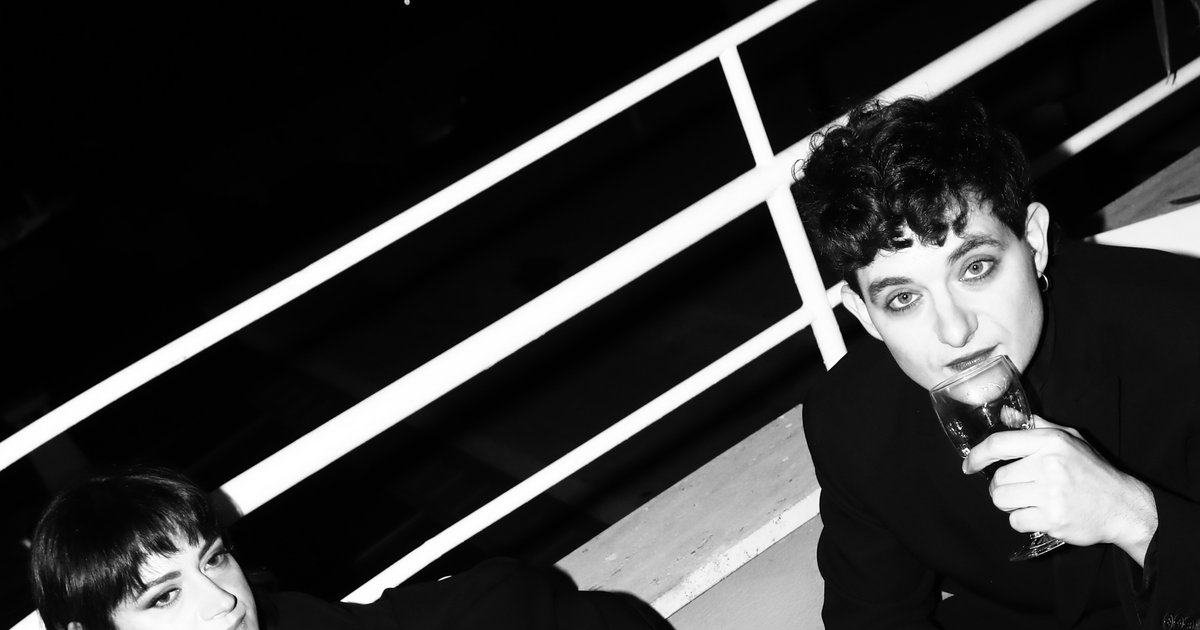 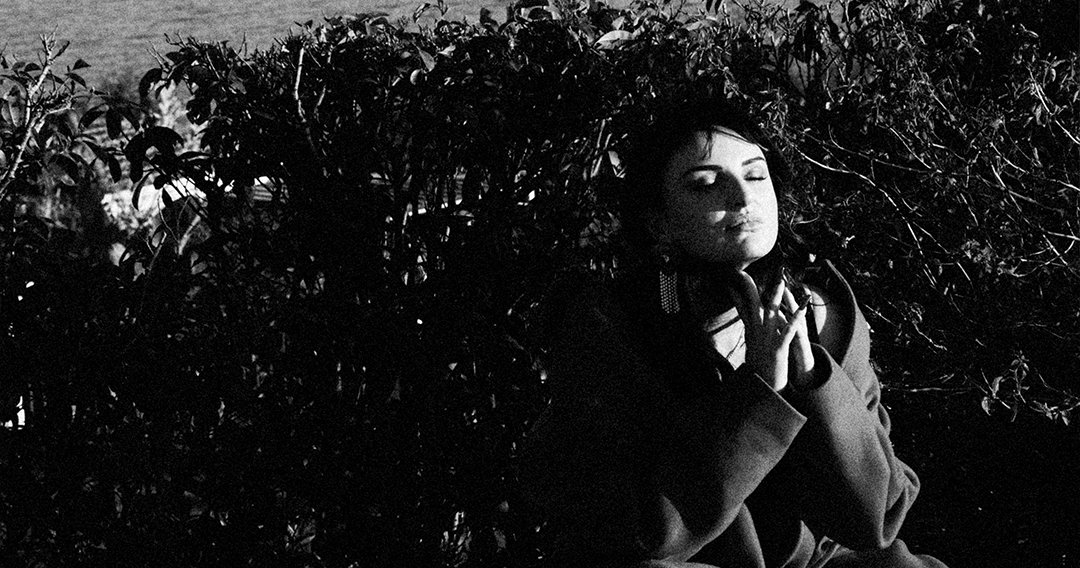 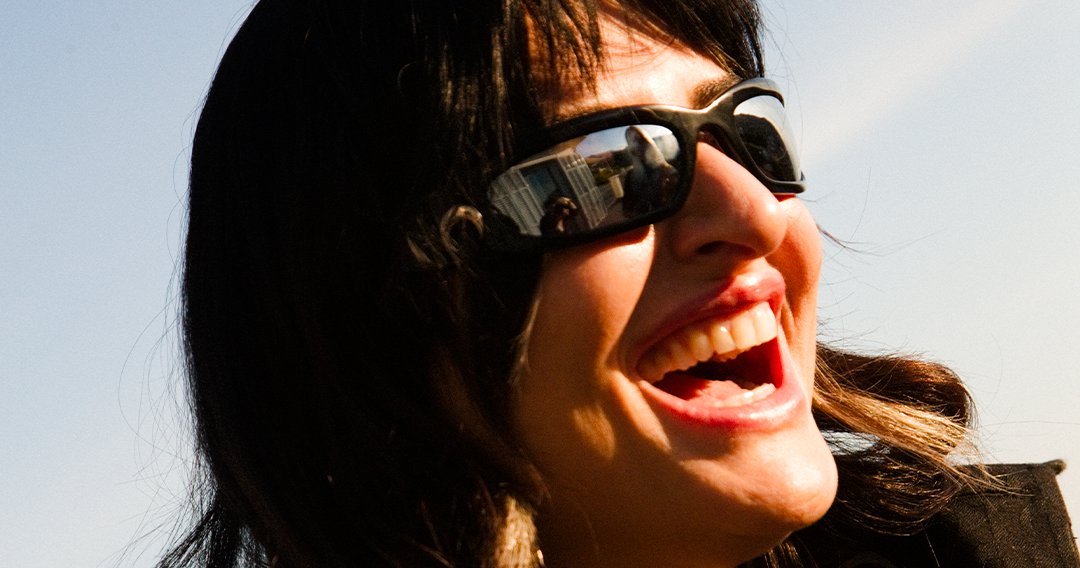 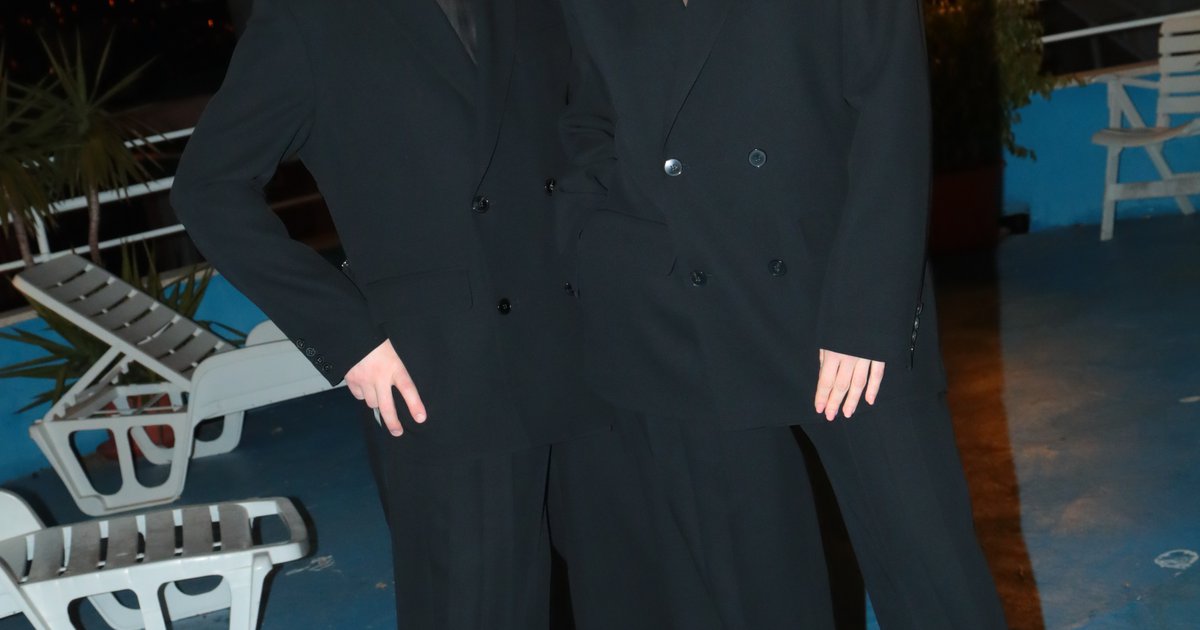 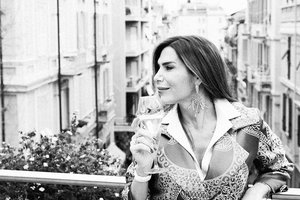 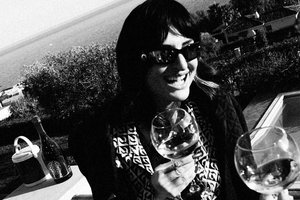 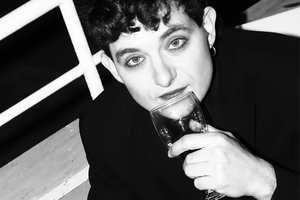 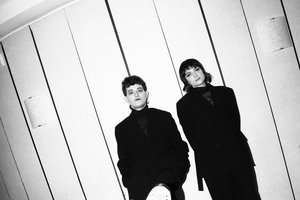 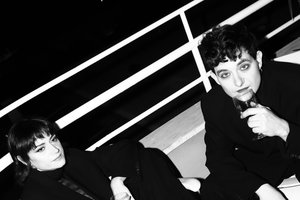 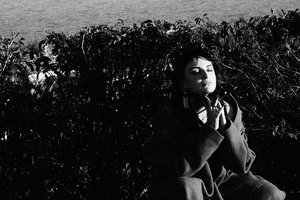 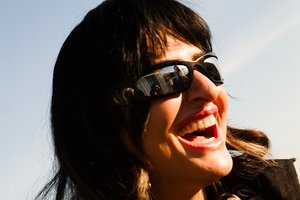 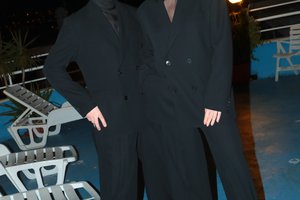 Perhaps, the Italian genius is also about this: revealing resilience that pays back in the long term. Like a bottle uncorked in a fit of enthusiasm to let the bead delightfully flock into the throat, refreshing and invigorating, so was this edition of Sanremo and so will the future ones, in which we will focus more on the lightest aspects and the best controversies.

This too is liturgy. As we run our fingers softly on the cold glass, leaving a trail on the condensation – similarly, we watched the shows every night as rigorous night warriors who watched with resignation which performers will make up the next lineup. Each time, a Prosecco of a different label to vary the taste and expectations, looking for that note on the palate that we could not perceive before and now, all of a sudden, we find ourselves enjoying (and singing along, with dedicated playlists, believing that our personal ranking is better than the official one). Or else, we remain faithful to the Prosecco line of the same winery, trying to conceal (or, rather, underlining) a sort of superstition, like experienced theatre actors, in the belief that it will bring luck to the voice of our favourite ones. And perhaps even to ours, hoarse from the night stress and the slow erosion of hours of rest. Just like when we promise ourselves, once again, that we will never do it again, but deep down we know that we are more contradictory than a Walt Whitman’s verse – oh, we are definitely going to do it again, that’s for sure. With a different spirit, though, strengthened by the experience. With our heads sunk in the sofa, the bottles held in our hands by the neck like trophies we never won, the glasses forgotten in the cupboard, we are just waiting for the end. And the ‘official’ sip from the bottle, with the gas penetrating the throat and nose, the sip we kept in store for the most authentic of the promises of definitive celebration: "we're out of our minds, but we’re different from them" (Maneskin, winner of Sanremo 2021). Let's start again from here.