First urban winery in the Nordics: No vineyards, no rules, all the fun 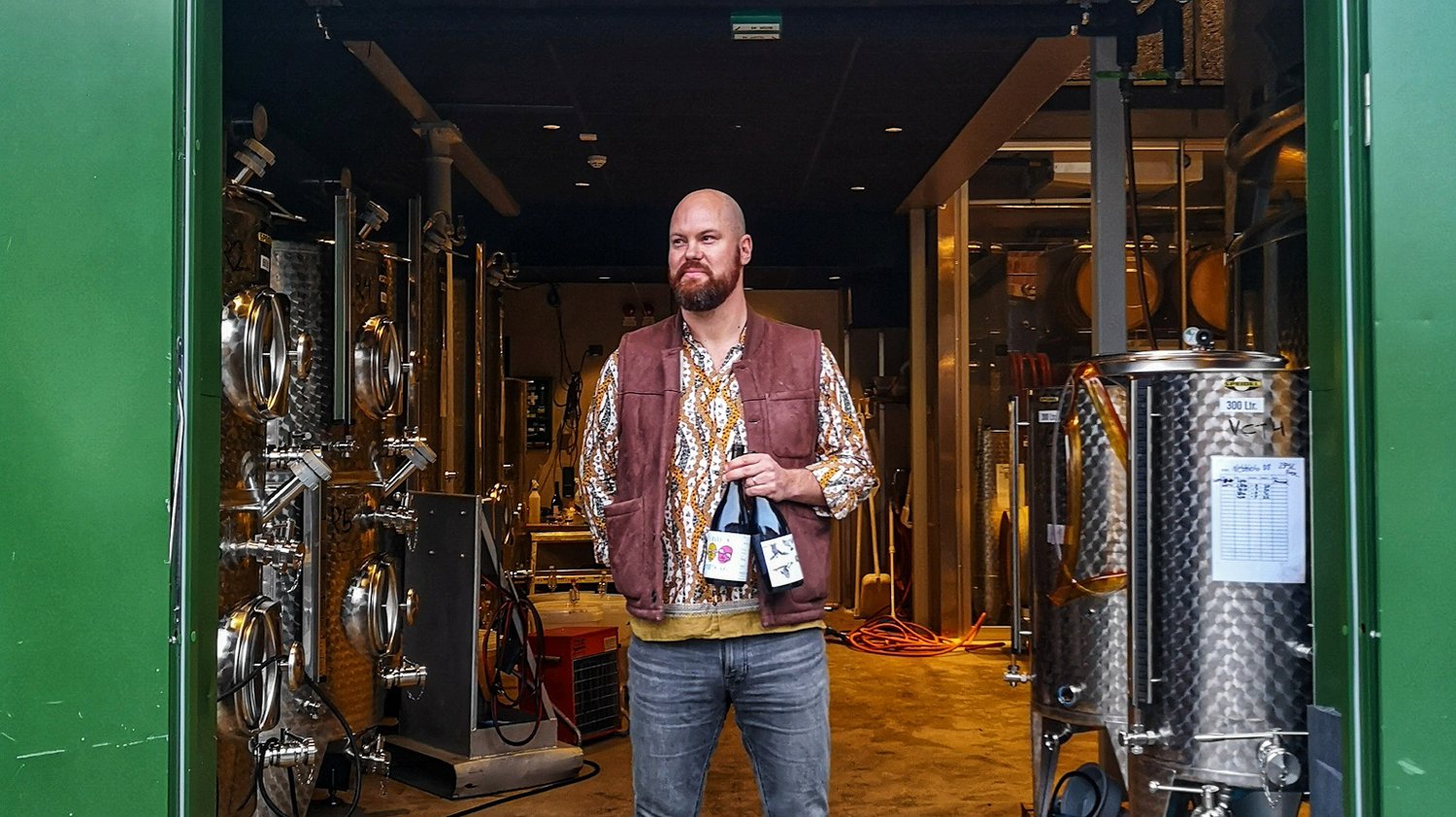 Urban winery! Swedish wine! Even worse – Swedish wine made from imported grapes! A blasphemy. And yet somehow, what Kenneth Gustafsson has created in his home town of Gothenburg can serve as a text book example of how to shake up the wine industry and bring it closer to urbanites while at the same time following all the principles of organic wine production.

Gustafsson used to be a professional football player, boy from the hood who played ball with the great Zlatan Ibrahimovic. He dreamt of AC Milan and FC Barcelona, but ended up back home – and in alcohol business.

The crazy idea to venture from sports to winemaking first came about like it often happens - on a drunken trip to the wine regions of Argentina and Uruguay. “We had a bit too much fun and too much wine, the next day I sobered up, but still founded the company!” laughs Gustafsson, 40, an imposing Swede with Viking features, while pouring us some playful bubbly to welcome us at Wine Mechanics.

He first got in the business with a stint at the Post hotel who hired him to import some wines from Oregon. He fell in love with the state (his nickname is Oregon Ken) and wines from the Pacific Northwest and got inspired by the craft beer scene in Portland, the garagista concept of brewing freestyle in the midst of urban hustle and bustle.

It was in Portland also where they set up the very first urban wineries, back in 2005, kids from the block, loving the idea of getting dirty with grape juice and fermenting, but not really willing to give up concrete jungle for the quiet of the countryside.

So they had the grapes shipped in, creating their own concoctions without really even leaving their house, bringing the wine – or at least the idea of winemaking - closer to people. The original hipsters. That's what Kenneth is now doing in the Wine Mechanics in the old meatpacking district of Gothenburg, not far from where he grew up.

When he got the place, the spacious brick building of the former slaughterhouse, it still had the smell of pig’s blood (“Great place for a Nordic noir” cackles Ken) - now it's all Zweigelt and Shiraz, Barolo and Pinot. The very first urban winery in the Nordics. The first batch he produced was in 2017 and he hasn’t touched the ball since.

"Single moms" is their pet-nat, adorned with a naked woman sipping bubbly in a bathtub - the ultra conservative Swedish alco monopoly wasn't happy, so they had to cover her private parts, chuckles Ken while pop opening the bottle. Some of the other names I spot are The Heimlich maneuver, Meat Leaf, Common People, Gimme Gimme Gimme and Skinny Love.

At Wine Mechanics they source the grapes from five European countries (Austria, Italy, Hungary, Germany and France), all certified organic winegrowers which was their precondition from the get-go. When they first started seeking out producers, winemakers were - to say the least - skeptical of the idea of shipping their grapes to some industrial hall way up North.

“When we first approached the winemakers, at first we got a lot of reactions like What the fuck?, but after a while, when they saw our work, it was more like fuck yeah!” laughs Ken who is also helping with the harvest and making sure all the grapes reach Sweden in no more than 48 hours.

They work organically in the cellar as well, often with no sulphites added.

Result? Some pretty awesome juicy wines, a wide range of everything from slightly funky Blau Fränkisch to elegant deep amber skin contact. The upside of this kind of winemaking, Ken says, is the freedom.

No tradition also means no rules, no regulations, no limitations. Because of the EU rules their wine cannot be called Swedish or Austrian or Italian, but simply – “Wine made in the EU” which is even lower classification than table wine. But it is organically certified!

The view from the cellar is not the picture-perfect green vines panorama, it's rough, industrial, brick and concrete and steel. It matches the hip hop soundtrack they play in the production hall, it matches the character of people that grew up here, shaped by the suburbs, by working class and melting pot of cultures. Straight outta Gothenburg, as one of the wines is called.

“There’s a lot of stereotypes of the Gothenburg suburbs, people think it’s all violence, gangs, and shootings – that’s not true. With the Wine Mechanics set up where’s it’s set up we are also trying to persuade people to come and see it’s perfectly safe,” explains Ken. The suburbs are definitely changing and he has been at the forefront of this hip revival – what was once, not that long ago, a run-down area, is now buzzing with new life and energy. There’s a craft brewery next door, a specialty coffee shop, an artisanal cheese shop …

And with Wine Mechanics, what started as a bit outlandish passion project turned into a successful business. That first year they produced 26.000 bottles and sold just half. Now they produce almost twice as much and can’t keep up with the demand, exporting to countries like Japan and South Korea where drinkers very much appreciate crazy natural wine novelties.

On the labels they list everything they are legally allowed to, no cover-ups, no small print. Ken explains why: “We don’t have any secrets. Why should we? I want more people to start doing this in Sweden!” 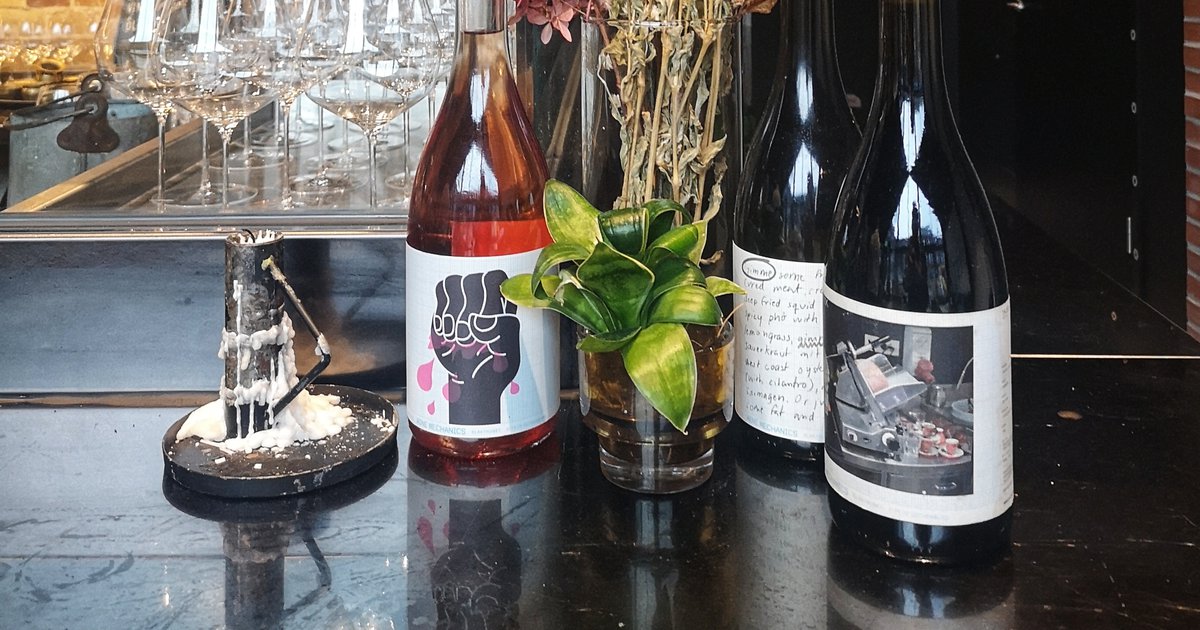 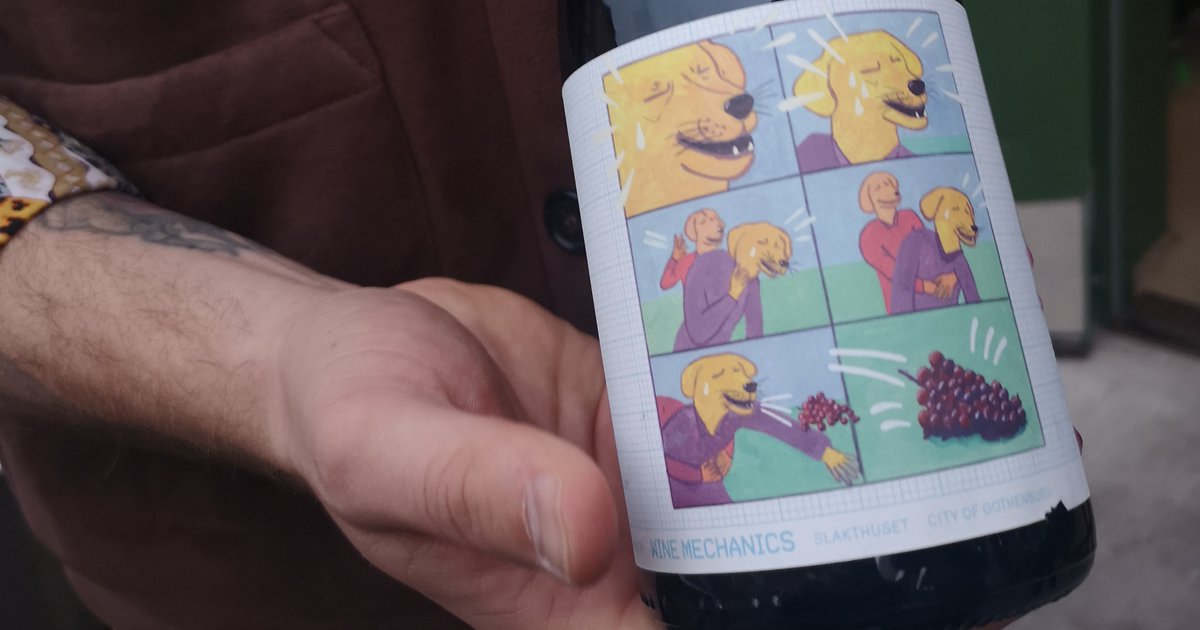 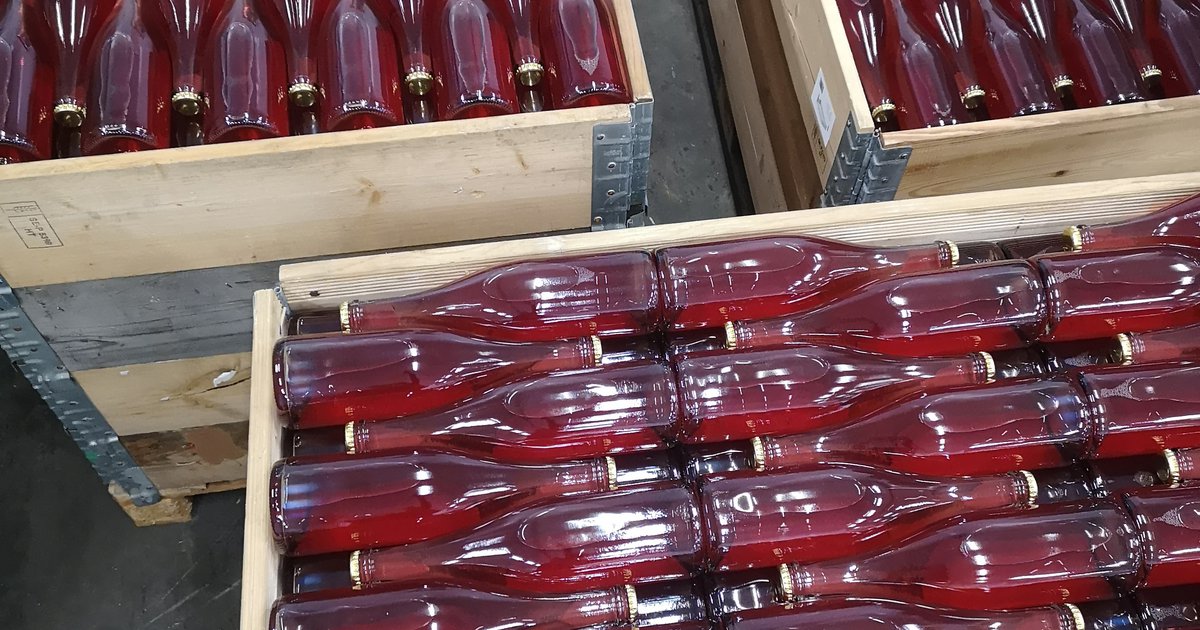 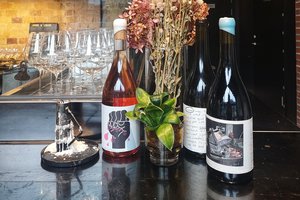 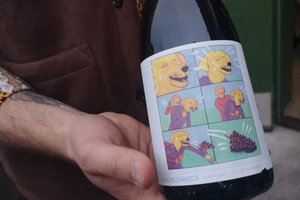 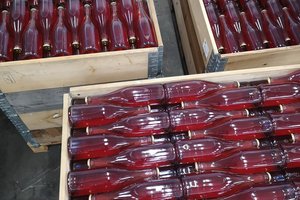