Oaxen Krog, fine dining in the true sense of the word 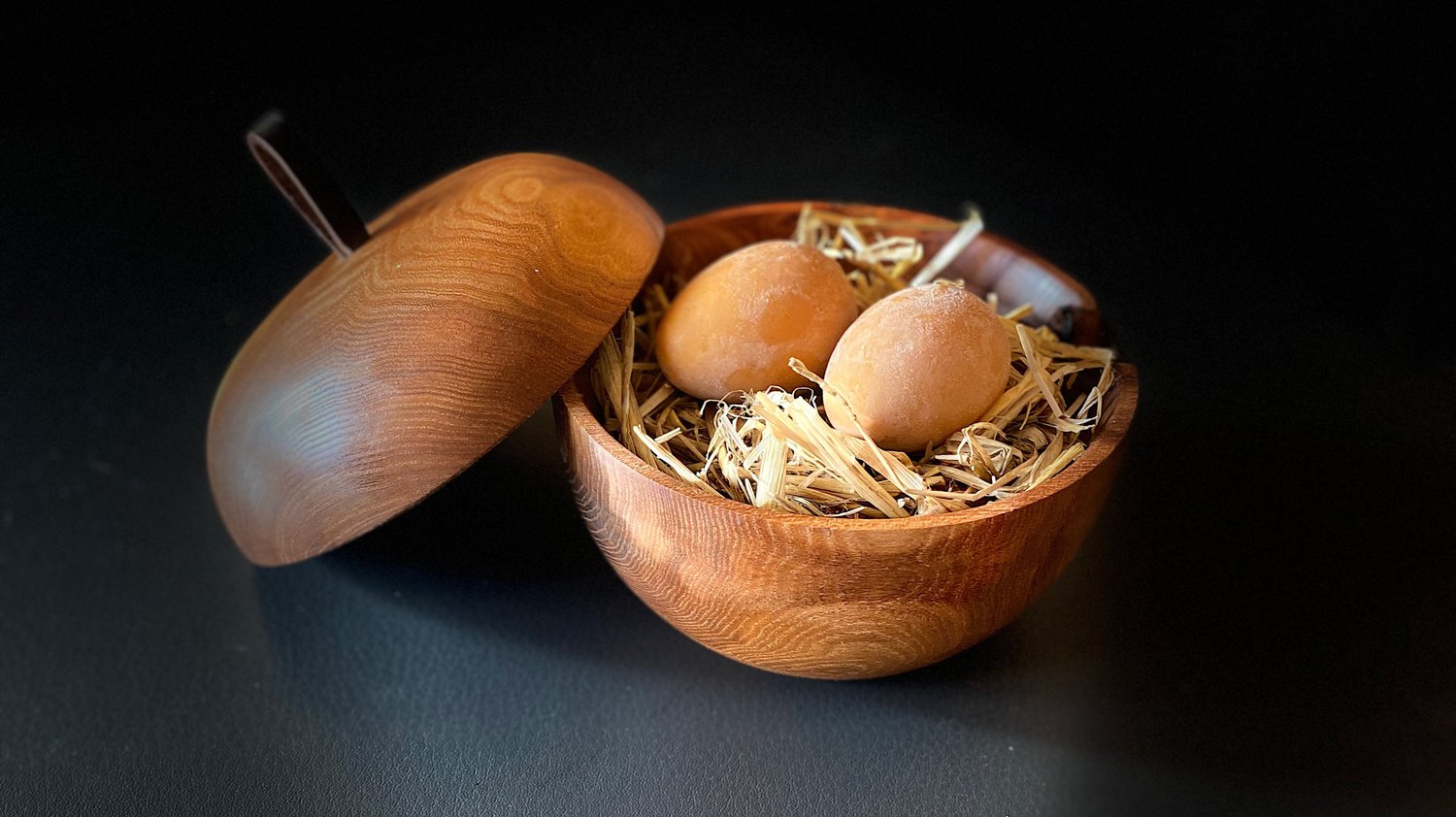 Oaxen Krog was opened in 1994 on a secluded island off the Swedish coast by the chef Magnus Ek and his partner Agneta Green. After 17 years spent on the island, the couple decided to exchange that slow-paced setting for a more dynamic reality and relocated to the centre of Stockholm – with a dream and a goal to create the best restaurant in the Nordic region.

Together they set up an ambitious project with two strands under the same roof: the fine dining restaurant Oaxen Krog and an easy-going bistro called Oaxen Slip. Success was not long in coming; the restaurant debuted in The World's Top 50 Best in 2006 (the same list that had Noma at 48) and won its first Michelin star in 2014, with another following just a year later.

Chef Magnus Ek is a well-known advocate of sustainable cooking: for many years, he has been implementing principles of zero waste, using local, ethically produced food and an overall respect for nature. Such personal dedication led to him winning the Michelin Nordic Countries Sustainability Award this year.

His cooking relies heavily on foraging, using edible plants and seasonal ingredients sourced from local farms or grown at the restaurant’s own Oaxen Farm. Since the restaurant’s opening in 1994, the fundamental idea was to stay close to nature and let it dictate the menu – the principle that was stated in the famous Nordic manifesto ten years later. 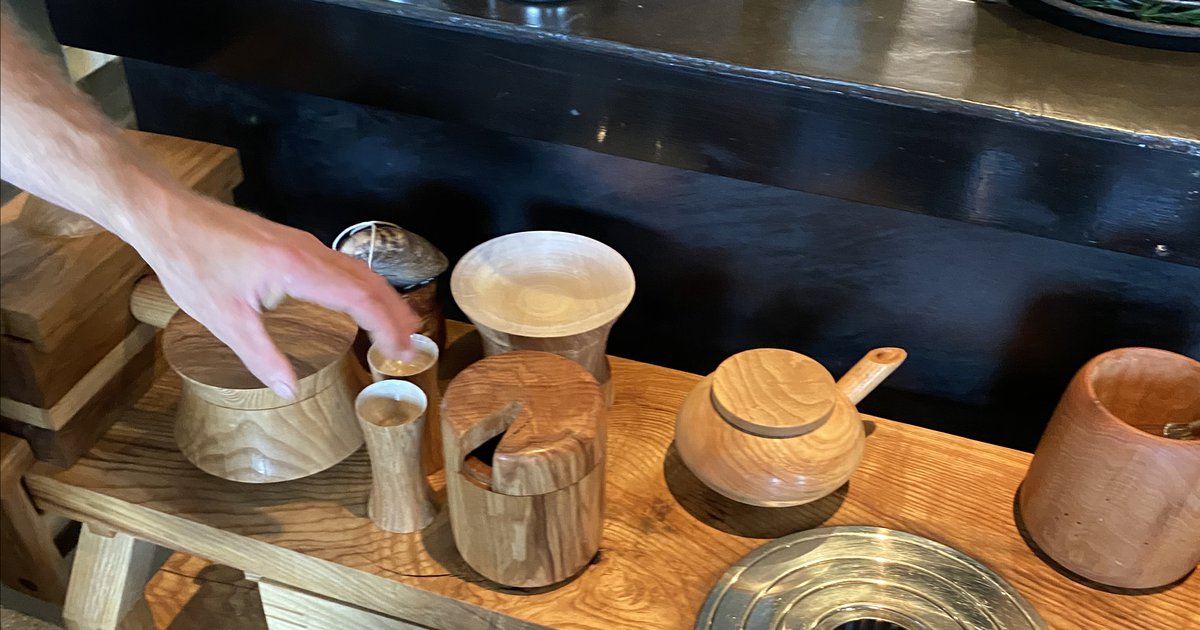 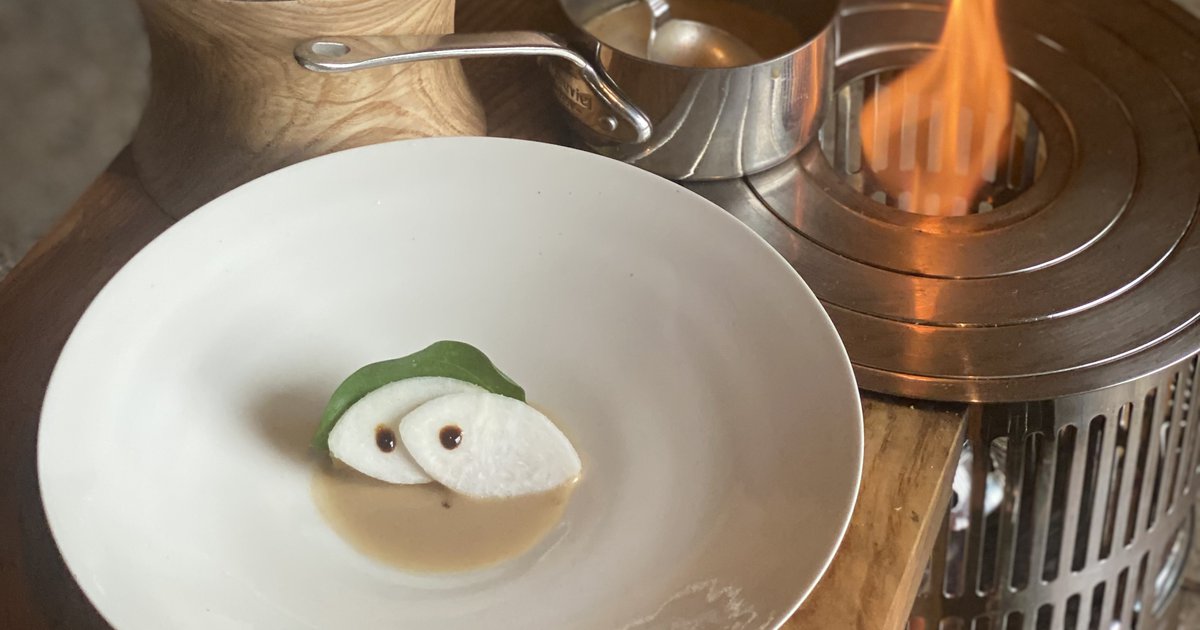 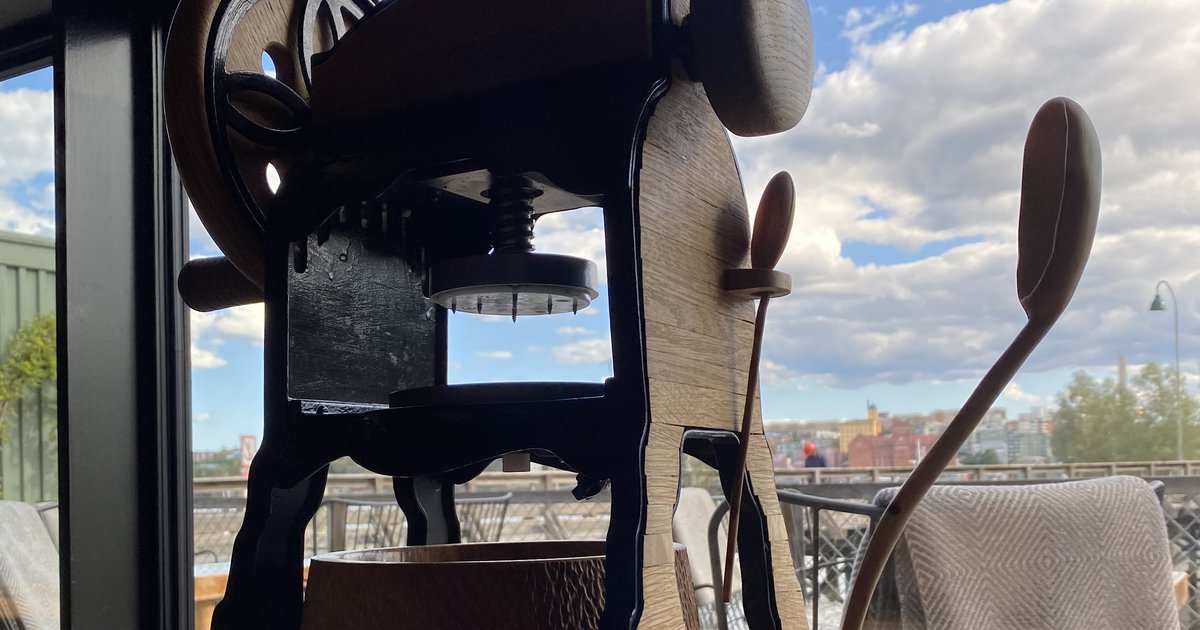 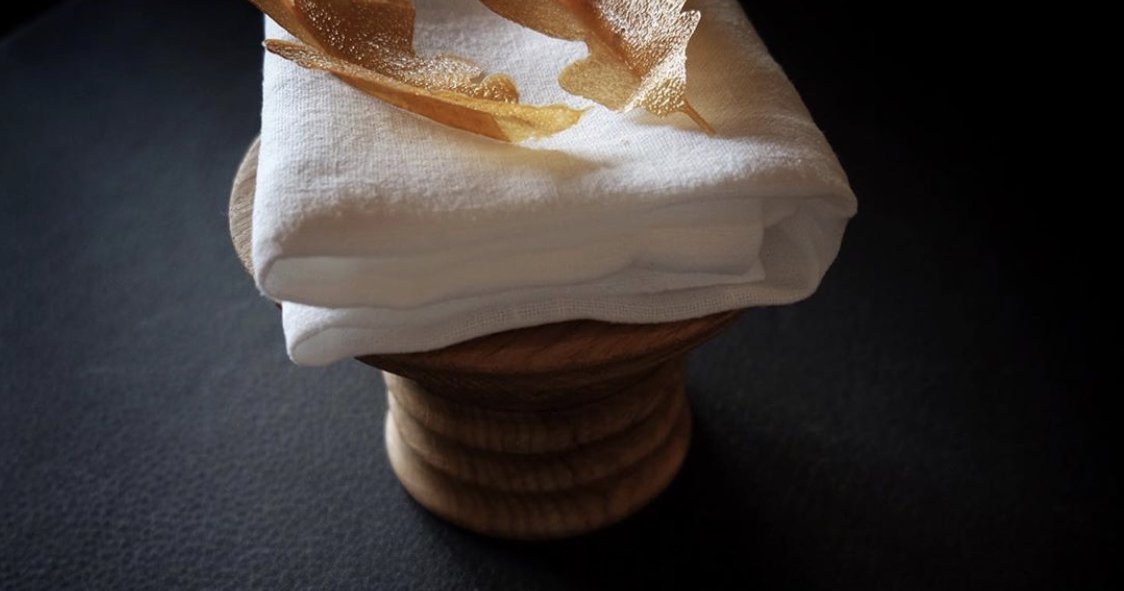 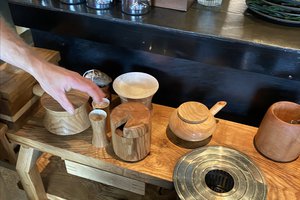 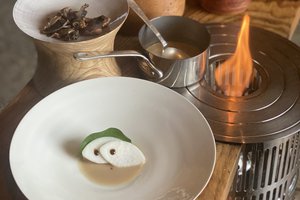 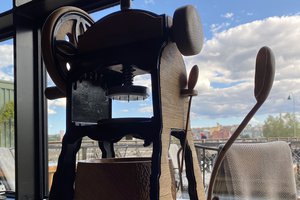 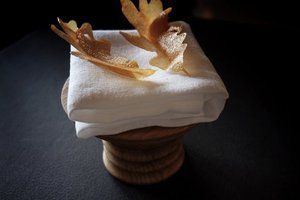 At Oaxen Krog, the presentation gets as much attention as the taste; it is personal and unique. Nowhere else will you see such coordination and harmony between the dish and the way it’s presented. You won't find the same bowl or spoon anywhere else either, since they were made by the chef himself.

Magnus Ek is a self-taught carpenter (as well as a self-taught cook) who handcrafts everything from spoons and plates to imaginative carts and trolleys that perfectly match his vision.

Several wooden trolleys arrive at the table during dinner, some of which amuse with their elegance – such as a champagne cart with gracefully carved waves.

Other trolleys are designed to give visual spectacles, such as squeezing the juice out of a lobster head or shaving ice for the Japanese-inspired Nordic Kakigori pre-dessert, where the ice is hand-shaved by the tableside with added homemade syrups. 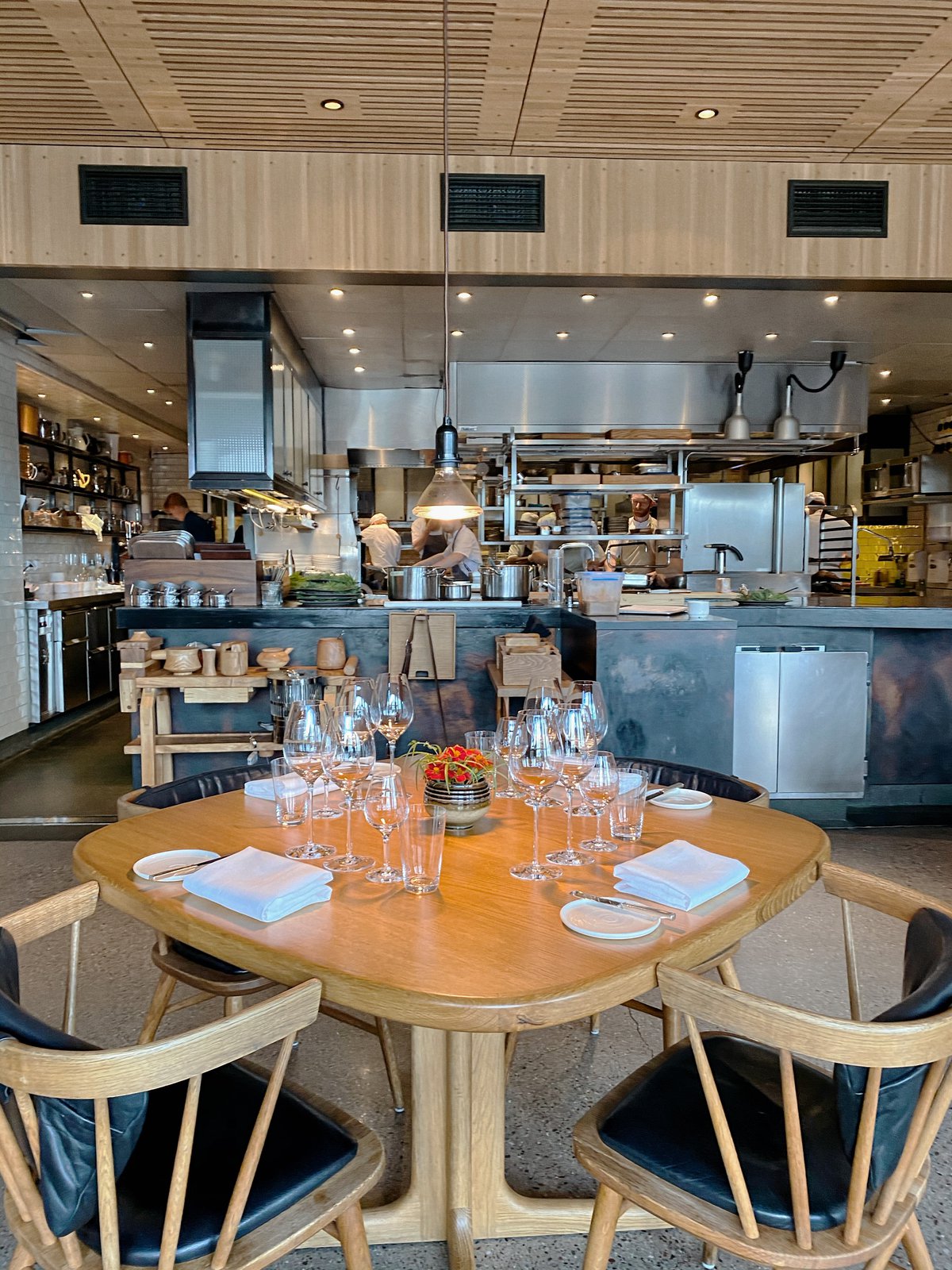 The mandolin trolley is the truly special one, however. According to the chef, it came from the desire to present the dish accurately and maintain the correct balance.

The trolley arrives at the table to create a meditative spectacle in front of the diner. First, a 200-year-old Mahogany clam is sliced using the hand-carved mandolin katsuobushi style, then added to the pike perch sauce. After this, all the cooking and serving processes are masterfully executed using the trolley and its customised wooden gadgets.

When it comes to the latest creations, the truffle season has inspired the chef to create a truffle shaver for use in the restaurant.

As for the material used, according to the chef there is nothing more connected to cooking than wood, an element with a vital historical context and the ability to be worked in multiple ways. In keeping with his eco-credentials, the wood Magnus uses is often 100% recycled oak wood.