Michele Massaro: the courage of imperfection

The secret of the blacksmith who arms the best chefs in the world? He knows how to turn apparent simplicity into a masterpiece

“Dear Babette, you ought not to have given away all you had for our sake”. “For your sake?”, she replied. “No. For my own”.

“Poor?” said Babette. She smiled as if to herself. “No, I shall never be poor. I told you that I am a great artist. A great artist, Mesdames, is never poor. We have something, Mesdames, of which other people know nothing”.

"Through all the world there goes one long cry from the heart of the artist: Give me leave to do my utmost!"

As you enter the workshop of the most acclaimed ‘Mad Cutler’ in the West, the slender silhouette you barely perceive in the suggestive play of light and shadow of the forge can’t but bring to mind Madame Babette Hersant.

Perhaps a similarity with a tormented and gruff rocker would be more appropriate and, indeed, the virility that emanates from his body, forged by his young yet intense life, seems to conflict even more with the image of ​​the housemaid from the famous book by Blixen; after all, Michele would rather stick to that!

Yet, when you do what you love and you do it with full awareness – as Michele does – dignity comes together with a sense of accomplishment.

– “When you do something, you are doing” – Michele Massaro.

What most interests him is not to own this or that object but rather the essentiality of the here and now, the importance of the action, the process and satisfaction that arise from patiently monitoring its course.

One could even go so far as to say, reinterpreting A. de Saint Exupèry’s words, that “it's the time that you spent on your knife that makes your knife so important”.

Time... You undoubtedly get lost in time as you cross the threshold of his ‘batafier’, a place that, seen from the outside, blends in with the nearby houses but once you step in, it captivates you with its mysticism.

Michele has always been aware of the importance of time.

After all, if you want to own one of his knives, you truly have to wait a long time. His care and precision are such that he makes no more than 6 or 7 knives in a week of work, not to mention projects that have been in the works for years.

The common thread that links the man known as the 'chefs' blacksmith' and the world of gastronomy is quite evident. That is also the key to understanding how he has managed, in a short time, to gain such great respect among the professionals in the sector, becoming an idol for the most passionate foodies and culinary enthusiasts. 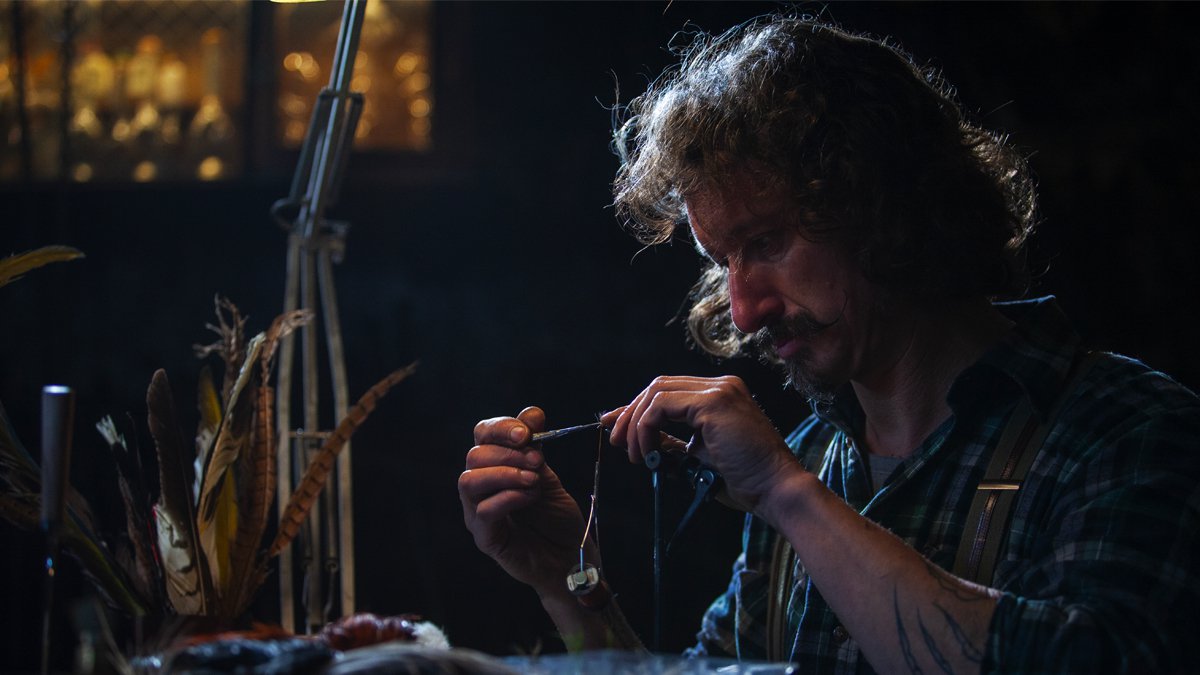 In 2015, Michele Massaro, originally from Maniago, reopened the doors of the Antica Forgia Lenarduzzi, the only foundry still active in the area. The factory dates back to the 15th century when the then Count of Maniago obtained the licence from the Magistrato delle Acque (a collective magistracy responsible for water management in the Republic of Venice) to build a water channel that would power – and still does, today – the first forge used to build weapons for the Serenissima Republic.

Nowadays, the battlefields have turned into kitchens and the new warriors armed by the blacksmith are internationally-renowned chefs such as Pierangelini (both father and son), Colagreco, Crippa, Ruggieri, Corelli, Klugmann, Tassa, Cuttaia, Parini, Costardi, Tokujoshi, Scarello, Pisani and Negrini, Baronetto, Ducasse, Redzepi, Martinez, Cantafio, as well as winemakers such as Gravner and distillers such as Capovilla.

Animated by his strong passion for cooking, after exchanging ideas with the chefs, he decided to embark on a journey to convert his initial production of traditional agricultural tools (billhooks, axes, broad blades) into an artisanal manufacture of kitchen knives. His creations are endowed with such a degree of perfection and functionality that, until then, could only be found in the Oriental production, in particular, in the meticulous work of Japanese cutlers whom Michele has always admired.

The first ‘inspirational chef’ was Piergiorgio Parini, who owns the 0 and 1 series; Michele spent quite some time with him in the kitchen, studying his needs and repeated gestures before he could produce a series of five knives that perfectly met all the needs of his kitchen. This sort of meticulous investigation into the way of thinking and treating the ingredients of each cook earned him the respect of the most histrionic and demanding chefs that couldn’t but be charmed by his customised creations.

His knives are as beautiful as functional. In times when appearing prevails on being, observing and listening to Michele – he loves talking and he has lots of things to say, too – reminds us of how important it is not to let others define us.

Ultimately, it’s your action that defines you and gives you authentic emotions.

Our blacksmith is undoubtedly an aesthete but his sense of beauty is never an end in itself: it is narrative.

It becomes clear the moment you run your fingers on the marks left by the brute de forge, one of the hallmarks of his blades, together with the finger pocket right before the handle. Those rough features are voluntarily left exposed to tell a story of centuries-old traditions.

Giving an account of Massaro's art is not an easy task; after all, it’s a bit like trying to describe the culinary art of an undisputed kitchen master like Fulvio Pierangelini. Michele himself has always had a profound admiration for the chef, strengthened by their personal acquaintance.

Not surprisingly, a sarcastic sign is posted at the front door of the workshop with a clear reference to the esteemed chef: "No entry to cutlers, knife grinders, traders, magazines in the cutlery sector: such people are not welcome here". 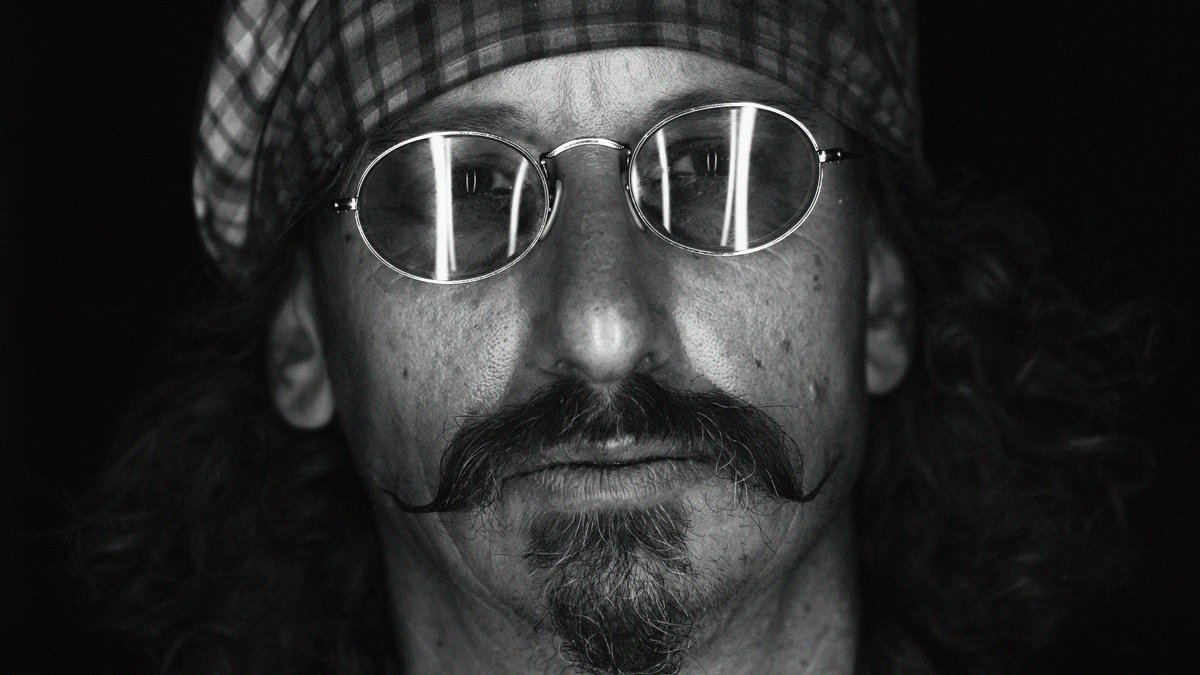 Michele Massaro is not a man who likes sitting on the fence and is not afraid of taking a stand: either you love him or you hate him.

His very essence lies in the untold, in the gesture that is knowledge, memory and instinct at once. It is the process that matters more than anything else and leads to the ultimate balance he’s seeking, with an eye to constant improvement.

A process that can only be tamed by its creator who’s endowed with exceptional expertise and profound respect for the matter and the technique. Every gesture, every choice about what, how and when to do something has a direct and predetermined consequence on the outcome.

Choosing when to cut down a tree to get the right wood to make the handle of his precious knives is crucial for Michele and has direct repercussions on the final product and the surrounding environment.

This is what allows the blacksmith to translate apparent simplicity into something unique, authentic and perfect as only nature can be, that nature that he has learnt to listen to and with which he lives in a perfect symbiosis.

Massaro is a figure with an absolute mythological charm, halfway between a faun wandering through the woods and a modern version of Hephaestus, god of fire, as he moves with agility and safety among anvils, axes, trip hammers and grinding wheels in his hot and dusty batafier.

Those rough marks on the blade of each of his knives are there to prove that only knowledge can instil someone with the courage to value those features that in the past were seen as imperfections, something to get rid of.

Valuing imperfection has nothing to do with the attempt of many, today, to justify what is actually just a mere flaw, inaccuracy disguised as craftsmanship.

Although nowadays the cutlery industry is able to produce good products – as Massaro himself confirms – the only element that allows the craftsman to stand out is absolute excellence applied to uniqueness.

“Tradition is not the worship of ashes, but the preservation of fire” – Gustav Mahler. Not many quotes can describe Massaro's thinking as good as this.

To know means to have the courage to go further.

Ultimately, if fire – and water, in this case – is the link between the kitchen and the work of the blacksmith and if food today has somehow dethroned music, we cannot help but acknowledge that for its many different interpreters there is only one blacksmith!

No cook who wants to play some good rock can do so without handling a sharp creation by Massaro in their hands.

Thus, whilst working behind the dark scenes of his forge, he takes the stage along with his works with the ability of a natural frontman... of himself.

‘Exile on the main street’, by Rolling Stones, playing in the background.