Inverroche gin tells the story of the marvellous and undiscovered Still Bay. 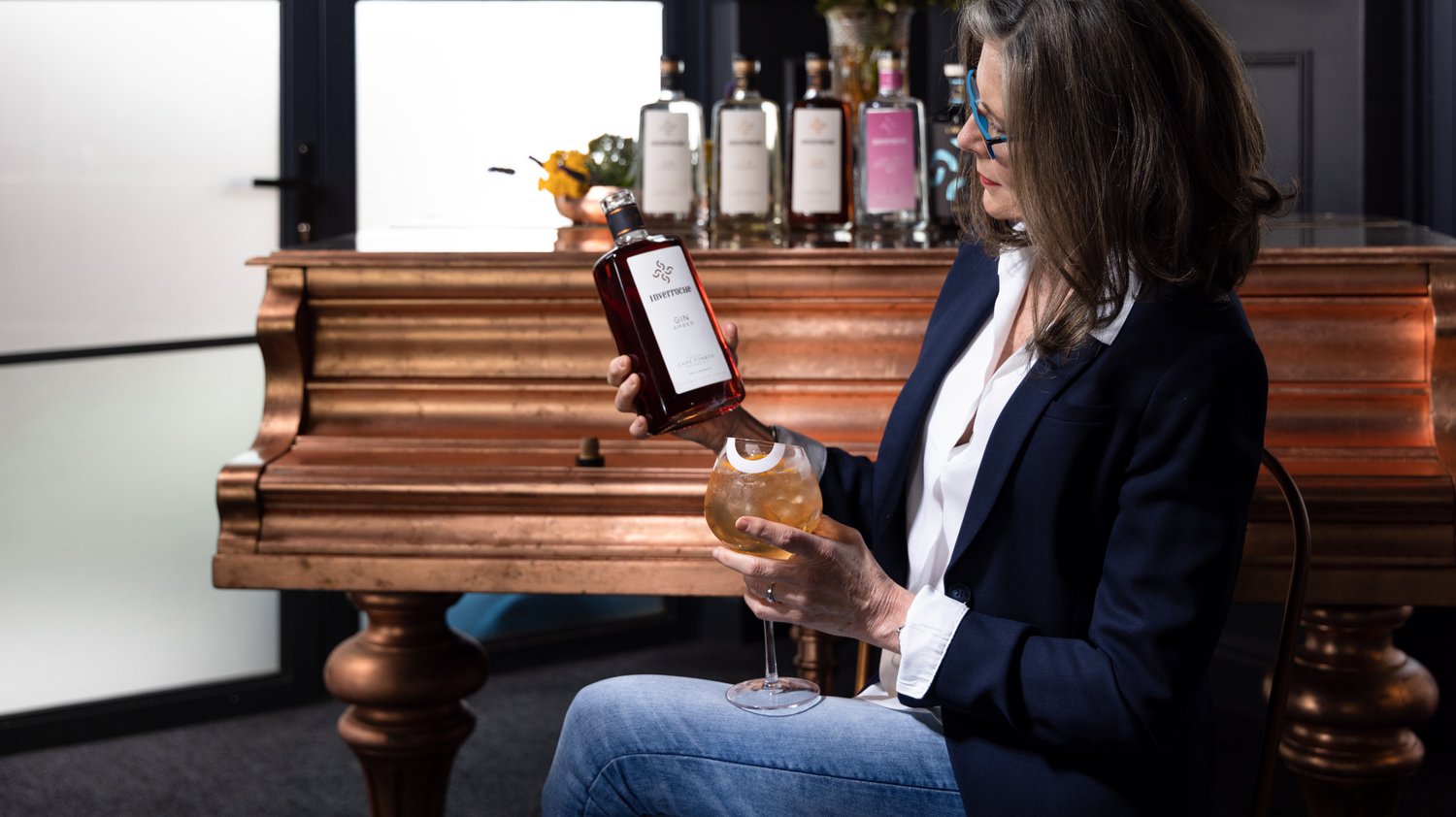 During the years of searching for her life’s path and passion, Lorna Scott the CEO and founder of Inverroche Distillery in South Africa had been trying out many different roles. «I wish I had started this adventure earlier» - she confesses while presenting her hand-crafted gin born in South Africa. Indeed, she has an impressive portfolio of roles. From being an air hostess, then shifting to a top marketing position in the corporate food world, Lorna then went into politics, becoming Deputy Mayor of the Hessequa municipality of the Still Bay region. It was during this time she was involved in taking action for the positive sustainable development of the Still Bay region. This was a role that in a way completed the picture for her, as she was already focused on exploring the potential of the land, investigating the native plants in cooperation with local women farmers, and creating a better infrastructure to promote Still Bay as a tourist destination. As time went by, Lorna explored the area in great depth, discovering some amazing sites, and uncovering stories just waiting to be told.

Lorna explored the natural beauty all around and unearthed the unique historical value of Still Bay. She discovered that the bay had been a haven for thinkers and creatives, a fact proven by archaeological finds uncovered between the Blombos cave and Pinnacle Point in Mossel; artifacts such as an abalone shell turned into a painting palette, and a small rock shaved down to make a flint to start fires. The heritage of this land, along with the unique ingredients that grow nowhere else in the world became a story Lorna was eager to tell.

One example of the uniqueness of this particular area is fynbos, an ingredient that cannot be found growing anywhere else in the world. This ancient ingredient, once frequently used by humans, had become all but forgotten until it was selected for use as a special ingredient in Inverroche gin.

The local area and its flora is part and parcel of Inverroche’s DNA, and the inspiration for creativity is endless. Lorna masterfully continues the story, ensuring fynbos is not lost to development. She highlights the versatility of fynbos, with its character that changes depending on where it grows. The specific characteristics enable singularly special gins to be created using the different types of fynbos.

Lorna has created three gins, to encompass the heritage and bounty of three regions within this floral kingdom.

Each of the three gins from the current collection has its own recipe and connection to the land. Classic is infused with limestone-grown fynbos from the rich hills and cliffs where fynbos is known as Citrus Buchu. Verdant uses fynbos from the mountainous terrain along the South African coast. Amber is created with botanicals found among the dunes next to the ocean, and coastal ingredients such as sour figs that are abundant in the area, enriching Amber with their aromatic characteristics. Each gin has a totally different profile and the fynbos comes through in a distinct way with each style. Classic is classily styled with crisp and citrus dry notes. You still have traditional notes but the top flavours are dominated by fynbos and citrus undertones profiled by Citrus Buchu flowers “therefore our gins introduce flavours that have never been associated with traditional gin before” Lorna notes. Verdant is softer and more floral, with African sage as a lead botanical. “The one you can wear instead of a perfume if you’ve left your Chanel at home,” says Lorna with a smile. Amber is much drier; woody, rich and aromatic, infused with fynbos from the dunes of the South African coast and sour fig that is the leading botanical here. Lorna proceeds to proffer more tricks, such as adding lemon zest to Classic, lime to Verdant, and orange to Amber, to let the oil diffuse in the spirit and enhance the experience of the gin.

To conclude, Lorna says that it is important to stay true to your vision, but also to be prepared to change the way to get there. You may have to change your plans, but you should not compromise your vision.

Back when Lorna was starting out with this venture, there were no women making gin in any South African regions, and there was no help for her. Her political background though gave her a solid base that helped her to understand the climate and the existing, prejudging, patriarchal culture. What happened next was all built on confidence, on gaining understanding. If you master every aspect of your craft, you build unprecedented confidence and that’s what happened with Lorna. «The courage of conviction» as Lorna says, who mortgaged her house to get the business going, having enough faith in herself and the potential of the products to just get on and do it. Lorna has only one regret, and that’s that she did not get started on this journey sooner. Lorna has become a local sensation in South Africa, and with Inverroche she continues her work, leading the community and employing 54 permanent staff, 58% of whom are women. 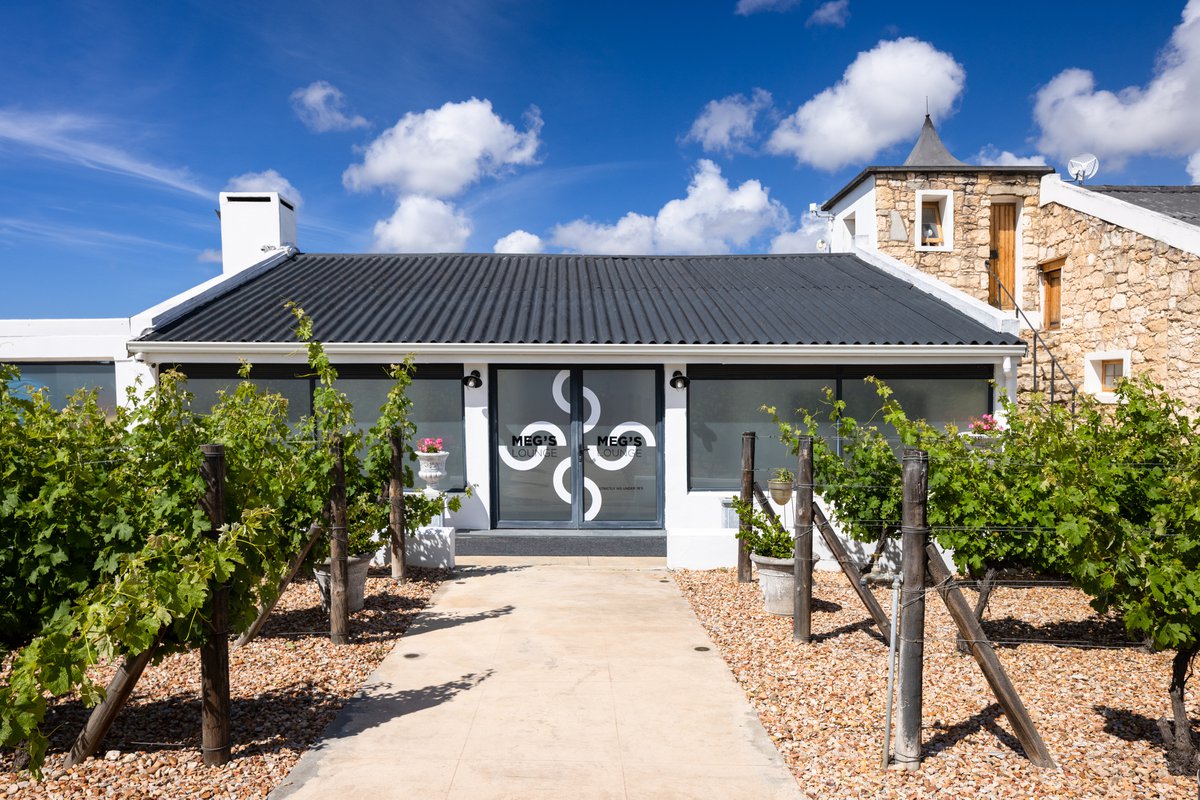 «We grow all our botanicals, train people, and slow expansion. Exclusivity is part of the journey. Building a platform that is inclusive, not just by recycling and using sustainable materials, but also by involving the community and circular thinking. That is the future plan.»

Chef Marco Ambrosino on the meaning of the Mediterranean approach in contemporary society, in truly sustainable cuisine and in daily life.

A hidden gem of the tiny old fishing hamlet in Bohuslän