Food Innovations and Technology; A Discussion with Larissa Zimberoff

We had a discussion with Larissa Zimberoff about the changing food landscape, the peculiarities of the future foods and their impact on our health and planet . 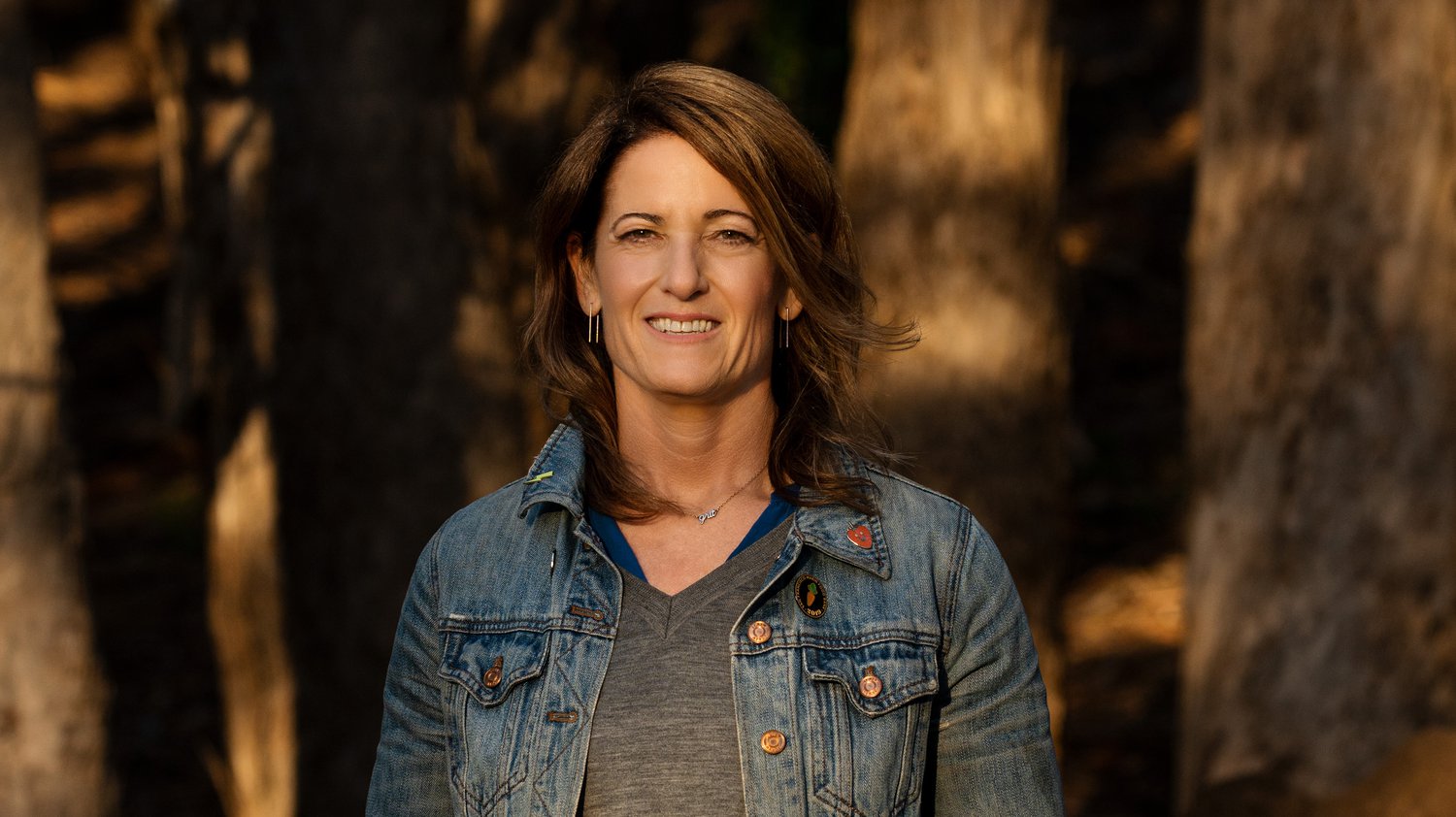 Food innovations and technology have been used as essential instruments for solving global challenges such as fighting climate change, satisfying growing food demand, and sustaining the environment.

Cultured meat and dairy were briefly researched 6 years ago, while now they seem almost too common to be seen on grocery shelves or at least are not surprising anymore. Nevertheless, technology will continue to introduce more sophisticated food alternatives.

We met with Larissa Zimberoff, author of Technically Food, and had a discussion about the future food and innovations. She was one of the first journalists to cover the industry in 2014, traveling from New York to the Bay Area and became enthralled by the first companies that seemed utterly futuristic in what they were doing, such as such as lab-grown mimics of rhino horns (to help against poachers).

Soon, she narrowed her interest by pursuing her passion for food and paying attention to forward-thinking food firms like EveryCompany (previously Clarafoods), which uses precision fermentation to create animal-free proteins and egg replacements. This unusual and unfamiliar world, together with her desire to maintain her own health, piqued her interest and compelled her to learn more. 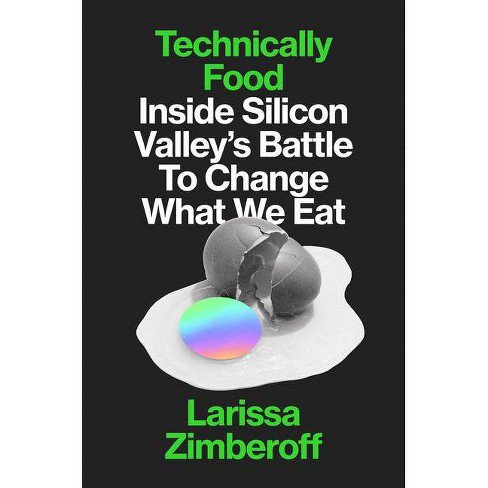 Is plant-based really as good for our health as it's good for the planet?

It is unquestionably beneficial to the environment and climate. We all know that industrial-based agriculture has a negative influence on the environment. As the middle class expands, more people prefer to consume meat, and some countries get wealthier.

We are all aware that in the long run, eating less meat is the best way to slow down the natural processes that cause so much destruction. It's when plant-based analogues are created to utilize fewer resources and be more environmentally friendly.

Companies like Beyond Meat and Impossible Foods require only crops and are aggressively demonstrating that they use fewer resources in the production of plant-based meat substitutes.

However, whether or if this industrially produced food is beneficial for our bodies as humans is a more difficult question to answer. This has sparked considerable discussion, but in my opinion, this is still a manufactured food that will never be as healthy as a plain whole grain.

Because chicken nuggets from peas or soy don't get any healthier as a result, I prefer diversity and modest consumption of such foods.

Plant-based foods are gaining popularity around the world due to a need for novelty. People become bored very easily. I was chatting to NASA today, astronauts became bored from their diet after just 3 months, while their Diet consists of 180 food products.

Future food should consider the negative effects of the American diet.

Making healthy cuisine can be overshadowed by the thrill of receiving the investment.

I'm afraid that the media is promoting this movement and aggressive lobbying. We are the first to try this cuisine; there have been no extensive studies, and we have only been informed that it is better for the environment. That was during the reading in preparation for writing the book and asking more questions.

It's difficult to figure out what cultured meat is because each company has its own patents and intellectual property. When you buy a steak, your mind works out where it came from; but, when it comes to plant-based, you have no notion.

I believe that as we become more removed from how our food is produced, we pay less attention to what we eat. Companies force us to snack at any time of day, as though we require this nutrition.

The novel products such as plant-based burgers, cultured animal meat, cheese and dairy made without the use of animals, eggs made without chickens, and seafood that never came from the sea, when instead its made from yeast, bacteria, single-cell organisms. If our health is failing us on the current industrial methods, shouldn’t we be looking for ways that don’t perpetuate that same framework?

The recent news has been announced that Upside Foods, previously, Memphis Meats which iconically is known to be the first lab-based meat producer on the planet, has acquired a company that has been developing lab-grown seafood alternatives, cultured decadence. What are your thoughts regarding the cell based meat?

One of the most sophisticated firms, Upside Foods, has just completed a facility in the Bay Area to produce cultured meat. Dr. Uma Valeti, the CEO and Co-Founder of Upside Foods (previously known as Memphis Meats), is a cardiologist. I strolled inside these massive buildings, which at times reminded me of a brewery, except there were bioreactors everywhere. One side is dedicated to growing cells, while the other is committed to shaping the final result.

Before a product may be sold in the United States, it must be approved by two regulatory bodies: the Food and Drug Administration (FDA) and the Department of Agriculture (USDA). There hasn't been any clearance yet, but I'm concerned that it will happen too quickly, given that that fantastic building was built for roughly $50 million specifically to expedite regulatory approval, which makes me more cautious.

While the United States remains the leader, the news that the USDA will fund the first-ever National Institute for Cellular Agriculture at Tufts University is encouraging.

Other countries, however, are catching up. Israel has made strides in technology, including algae and cell-based meat, as well as a robust vegan movement in recent years. China has announced that alternative proteins would be included in its five-year agricultural development plan.

What do you think will be the next step after cell based meat, as if I understood correctly it now represents the maximum expression of technology?

Cell-based meat is the farthest point of our technological know-how, which is an intriguing notion. We don't yet have any ideas beyond the cuisines we're familiar with. Without the current limits, there is a huge amount of room for thinking about food and diet. We all know what a burger is, but when will it evolve into something new? Cultured meat lacks creativity, instead attempting to mimic what we already have.

Do you think that the lab grown proteins + plant based products, would become food for the majority and organic traditionally made meat would be reserved for elites?

I think premium meat, as it is now, will be for those that can afford it, and see its value. When lab-made food becomes available, the techno elites will be the first to consume it. It was similar to wagyu beef or beluga caviar in its early days. Unless we fundamentally rebuild our environment so that there are no longer haves and have-nots, and food isn't something we have to consider whether we can afford, it will shift structurally and become less dependent on where we live and how much money we make.

What do you think will be the state of our plates in 20 years time?

I envision a hybrid future in which conventionally grown food coexists with innovative offerings. I'm concerned that the discussions aren't taking place in an open and collaborative manner.

I see the flaw in these procedures, where investors aren't looking outside of their industry and aren't equally focused on the past as on the future, such as improving farming, soil, biodiversity, and food waste along the supply chain to assist traditional farmers.

Some people ask, "How are we going to feed the world?" when, in truth, we produce plenty of food; it's simply not divided evenly. Farming needs to be reconsidered.

Clean labels (short and clear labels) are not going away, in my opinion. A sophisticated solution appears to make a lot of sense to me.

I'd like to see a more diverse and improved agriculture system. Precision fermentation to manufacture cream cheese or mozzarella without using an animal; 99% of chicken eggs are factory farmed; JustEggs has an analog solution, which I think is a terrific use of technology.

I have plant-based chicken nuggets and mozzarella in my fridge, as well as plenty of vegetables and fruits.

I'm now working on a narrative about a chocolate developed in a lab that doesn't include any cocoa. There are companies who are attempting to recreate it in the lab, as well as those that are attempting to make it from different substances.

Now peanut butter spread will be launched by Voyage Foods in the Bay Area. Peanut butter is not permitted in US schools, and flights no longer provide free peanuts; the problem remains unsolved, and I believe it is an excellent use of technology.

This new field has piqued the interest of young people. Food and science are two areas where you may have a greater impact on the planet. You can easily observe the trend in this exciting new industry.