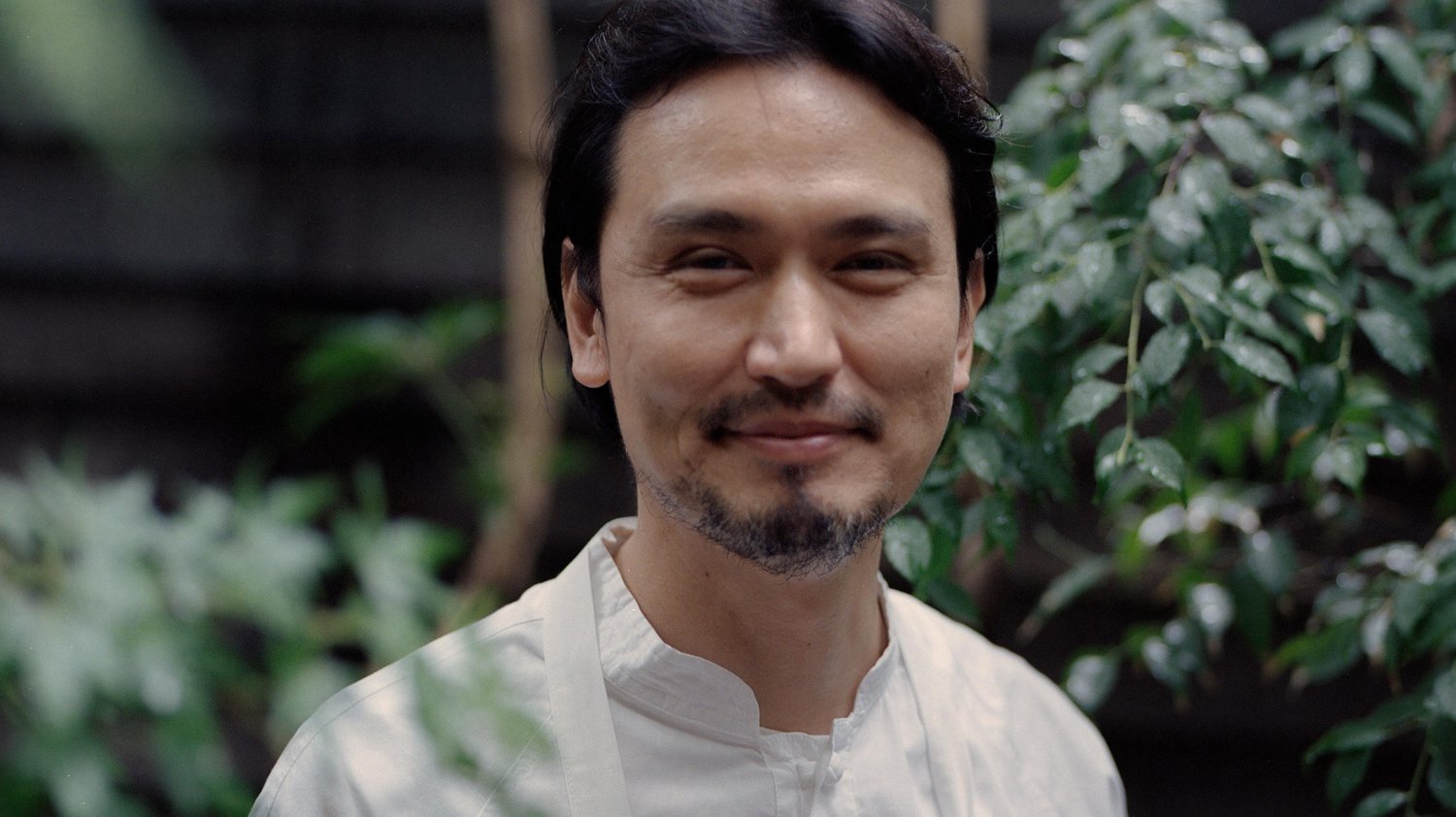 The Yokohama-born chef Shinobu Namae is chef-owner of 3 Michelin-star L’Effervescence in Tokyo, which opened 12 year ago. Throughout his career, chef Namae has always seen cooking as a tool, with the final point not being when the plate approaches the dining table, but a process that goes beyond that.

Being convinced that there is a necessity to rebuild the connections between nature and culture, he has never seen himself as just a chef who cooks delicious things, but as a connector between people and nature, through the producers, focusing upon the concept that every life is important and all lives are connected.

He expands his chef’s craft into a greater narrative, a view that he already held, even in the early years of his career.

Having a great desire to learn, after earning a degree in politics, he didn’t go to culinary school, but instead he honed his skills in some of the world’s most important restaurants such as Michel Bras’ in Japan and Heston Blumenthal’s in England.

Michael Bras’, himself a self-taught chef, with his naturalist’s philosophy and foreward-thinking in giving proper attention to lesser used vegetables that have become unpopular over time, plus his pioneering of the trend for whole-vegetable menus, attracted chef Namae as it seemed to express his own desires for following such a path in cooking. Luckily, back then, Michel Bras was opening a restaurant in Hokkaido, and it was here that chef Namae got a job in the kitchen, after multiple letters and efforts to get a foot in the door.

His experience at Bras lasted for 5 years and chef Namae recalls it as an essential step in broadening his perceptions of French cuisine and structuring the ways of connecting with nature as a chef. After that he embarked on a journey to pursue another legendary culinary figure, Heston Blumenthal, another chef whose mind is constantly questioning, leading him to be awarded with an honorary Doctor of Science degree. His kitchen is known for dynamic explorations into the understanding of food and taste and the science behind it.

The value of human connection, of seeing real people, the farmers who supply the food for his restaurant is a key point. In fact, on the restaurant’s website one will find the ‘Artisans we respect’ list, naming all the suppliers and even their designers and painters. There is a commitment to sustainable sourcing and waste reduction, something that chef Namae believes is essential in the industry. (L’Effervescence won a Sustainable Restaurant Award, Asia’s 50 Best Restaurants back in 2018).

Always levitating above the fine dining world, learning things empirically and academically, chef Namae is currently pursuing his doctorate in Microeconomics of Agriculture, and is an avid advocate for, and participant in sustainable action. His goal is set around understanding the specific reasons why some people make certain choices of particular products. 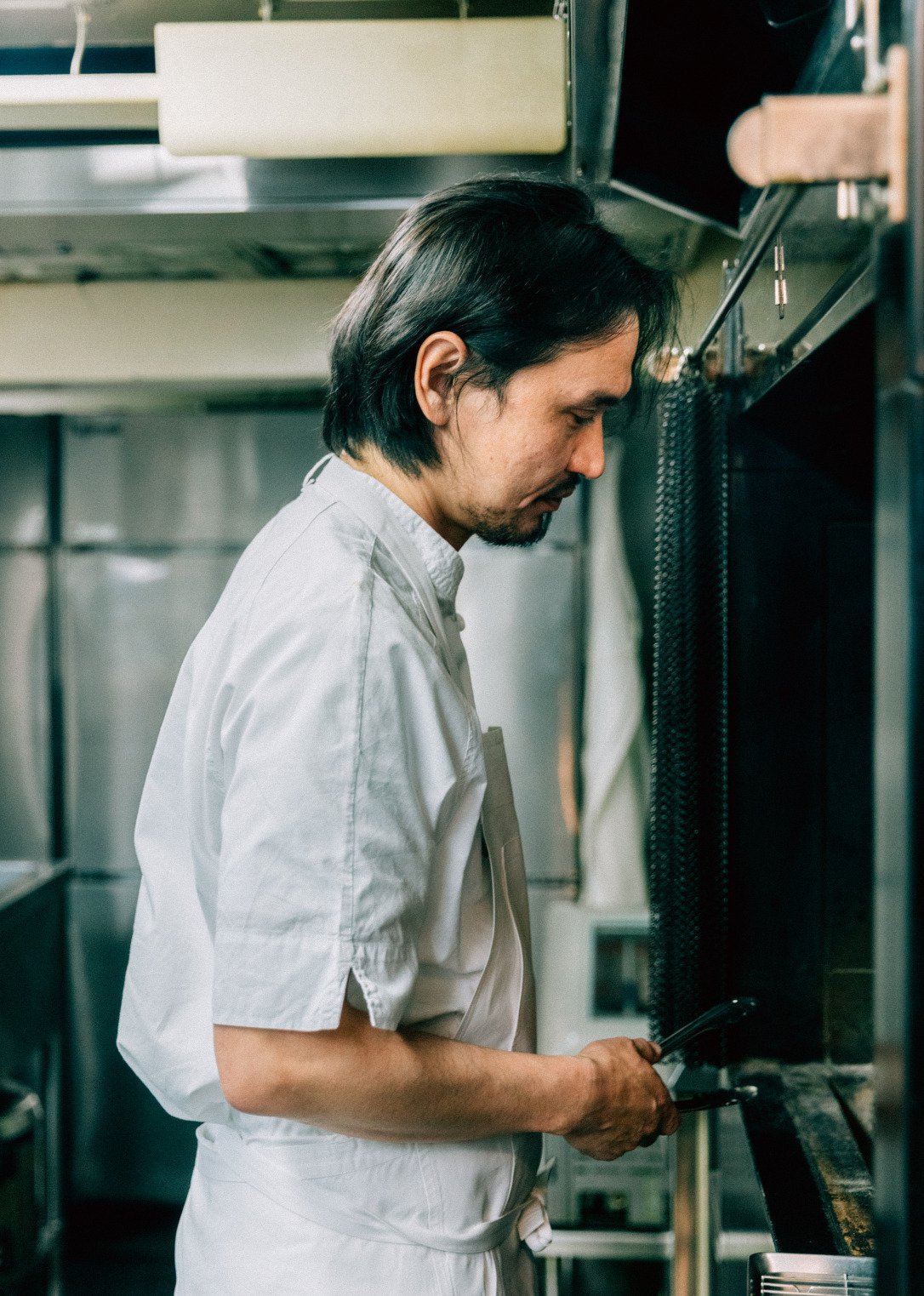 At the University of Tokyo, he is a part of the Laboratory of Food and Resource Economics where they employ an interdisciplinary approach using agricultural economics, agricultural engineering, agricultural planning, biochemistry and neuroscience. They are conducting an evidence-based study through microeconomics models to show how our food system operates, researching the implications of how we choose food consumption and trying to reach political intervention in food policy. Through his research, studies, and work at L’Effervescence, Namae strives to identify what we should eat to build the future that we want to see.

Furthermore, as we have learnt, chef Namae is also a free diver. He explores and documents the health of the marine ecosystems in the coastal waters of Japan.

This week he presents Relais and Châteaux at the United Nations (UN) Headquarters in New York and delivers a speech about the importance of collective action to revitalize the oceans’ health, at the World Oceans Day conference on June 8.

We met up with the chef to talk in-depth regarding the issues he has been working on and to understand his view for the future. 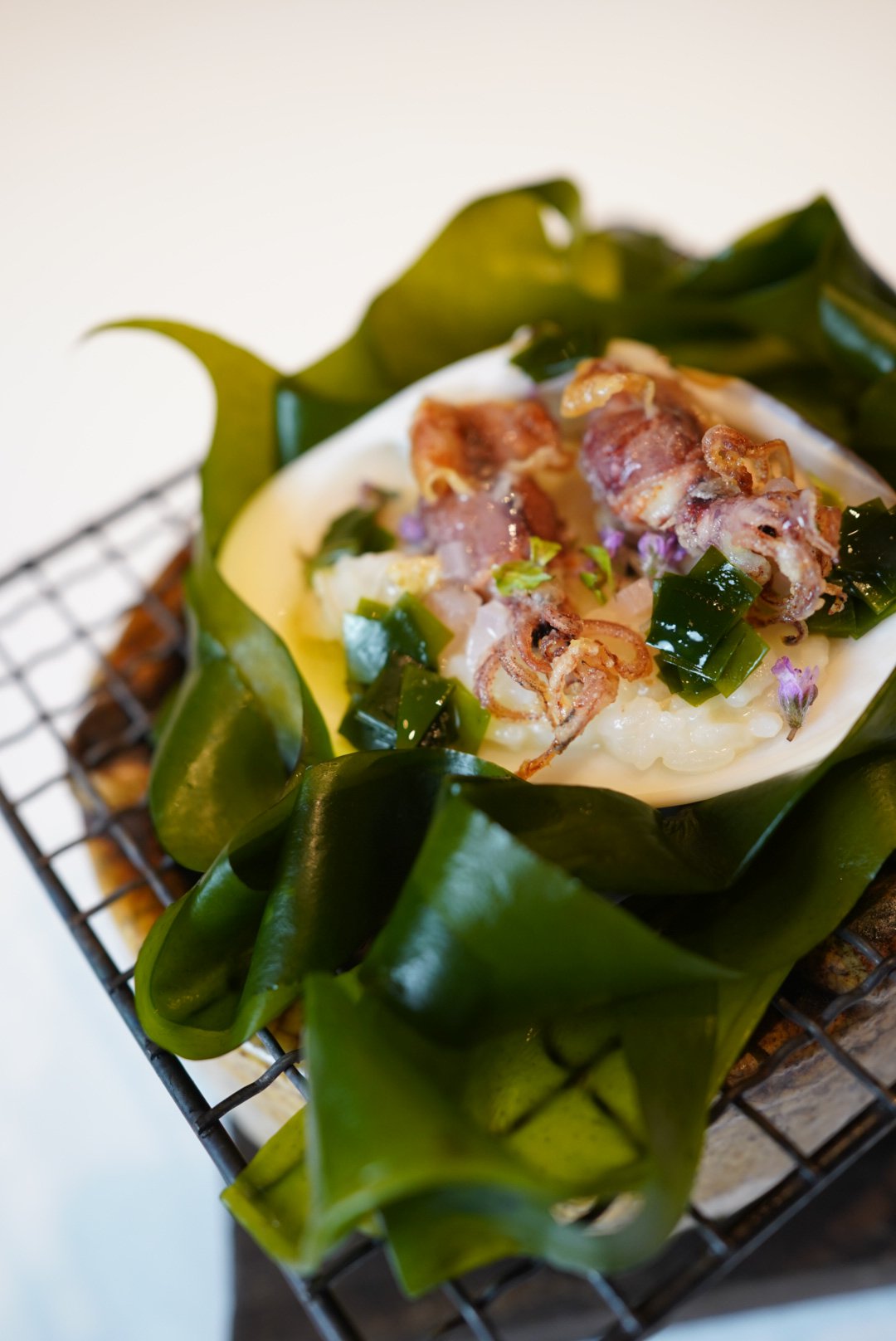 "The idea of sustainability is very complex and there is no one size fits all solution. There are large and small issues, global and local, so a sustainable future restaurant depends on where you are, what kind of society you belong to, and what kind of challenges you are tackling. From there, you can work out what and how you can improve.

There are 14 million people in the Tokyo prefecture and as a chef in this big city, my role is to make a little change for the ordinary life of the big population. One tiny little change can make a really big impact on the entire food system.

The environment has been changed by human activity because food consumption and suppliers are systematically controlled by the market system. Although the market system is very efficient, it makes life safer for people in general, it has great value of human creation in a very peaceful way, using minimum energy to control the balance of human needs and the food supply, people’s behaviour has been restricted by the choices that the market offers. 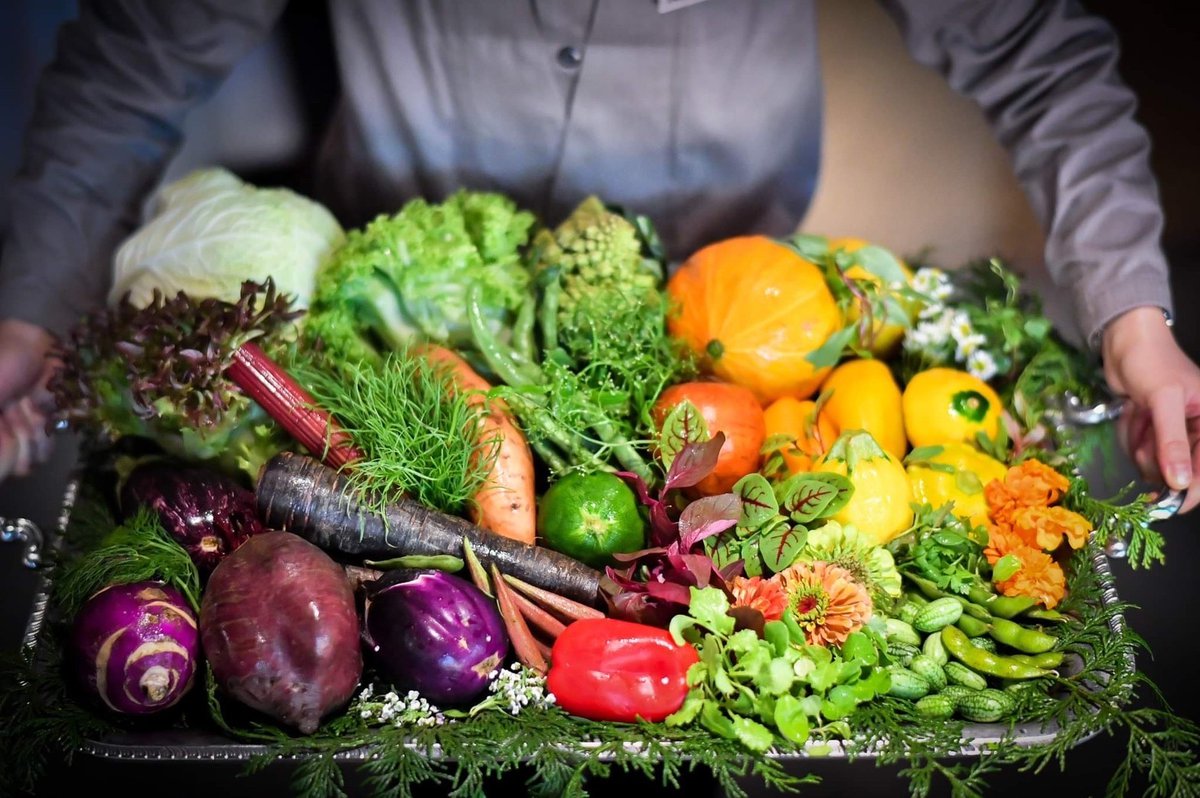 Through the urbanisation of Tokyo, we became more removed from the places our food came from and people stopped caring about how the food is produced. We as chefs must be creative and provide new ideas to evolve, and maybe one in a million ideas will be the solution for a better consumption of food or a solution for the environment.

Our work is continuous and never-ending. It should have been an issue from the beginning, but we didn’t realise that resources are limited and that balance is important."

The reason we offer one “omakase” menu rather than multiple menus or a la carte options is because we don’t want to produce waste. We used to have two menus plus a la carte for dinner and three choices for lunch because we believed that guests would enjoy being able to make a choice. Through this method, we could not predict 100% what they would order, and so there was waste. Now, with the integrity of one menu, we can always use the freshest products, Of course the guest loses the opportunity to choose, but on the other hand we can provide much better quality and reliable products. We are now able to discuss with farmers how much we would like to buy per month or week and they can predict how it will be for the next season or what vegetables they’d like to offer.

I am not sure 100% waste free is possible, but I am proud of how little we waste. We have little waste from diners and use leftover products for staff meals. The order of our courses is perfectly and carefully designed so as not to waste food from the diners’ perspective. We adjust the volume of the last course per guest by serving carbohydrates at the end. We have modeled this on traditional Japanese cuisine, which closes with rice to balance the fullness of different guests. This is a very sustainable way of serving food without any waste. This is the effort needed to make meals with less waste, closer to zero."

"There must be a solution in one of two ways. One, is to have a totally homogenized cuisine across the whole world so we can design how we produce the ingredients and cook, but this is not a human thing. Humans are all about diversity and being able to enjoy different food cultures and chefs and ingredients, so I think that the idea of homogenization is not the goal or an ideal situation, but respecting and preserving the differences and diversity is the future of food while balancing supply and demand, resources and appetite.”