Alexander Shostak is one of the many Ukrainian chefs who have been forced to adapt to the new, never before imagined reality that his country has been enduring since 24th February. 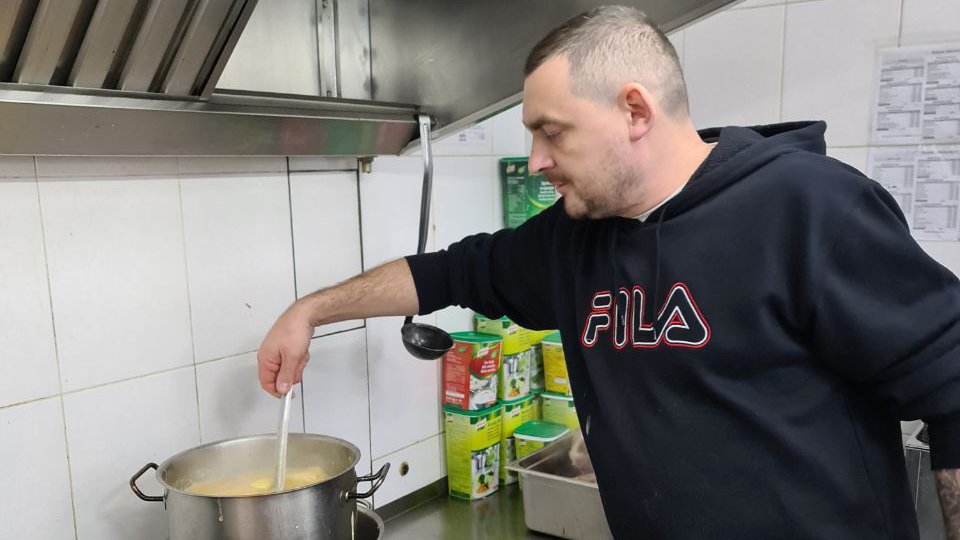 Alexander Shostak is one of the many Ukrainian chefs who have been forced to adapt to the new, never before imagined reality that his country has been enduring since 24th February. A future he never envisaged when he started out on his career in 2002. Working hard in the industry he became a chef 9 years ago and is now well accomplished and highly acclaimed. Alexander is a chairman of the Kherson branch of the Association of Chefs of the South of Ukraine, a founder of the city’s gastronomic festival Spring Fest and initiator of the project "Taste of Kherson". He is also actively involved in social activities, being a co-founder of the "Chefs Club" public organization, which promotes the development of Ukrainian cuisine using local produce.

In addition, Alexander is a true ambassador of the national cuisine of the South of Ukraine. With a scrupulous attention to detail, he recreates traditional Ukrainian dishes following old recipes that have been handed down through the generations or preserved in antique cookery books. Before the war he hosted a series of unique dinners where guests had the delight of sampling an array of dishes that would have been served up in the restaurants of Kherson 130 years ago. A truly exclusive, and delicious experience.

But since those days, sadly things have changed in Kherson. Kherson territory is the only regional center that Russian troops have managed to occupy since the beginning of their invasion of Ukraine. The city with a population of almost 300,000 has been under the control of Russian troops for two months now. Many people in these difficult times are looking inwards, to determine how best they can help, and of course, for those with culinary skills and restaurant expertise, it makes sense to use those skills to benefit the people of Kherson. So together with two other Kherson chefs, Sergey Pantak, and Alexei Aleksandrov, Alexander Shostak began the task of coordinating an operation dedicated to helping those in need get the food and nourishment so vital for survival in this hostile environment. It's quite impossible to leave the city of Kherson now, leaving locals trapped here with little in the way of supplies, and just recently the mobile connection went down for some time, making communication with the outside world, and worried relatives very difficult. This of course added to the stress and fear of the situation.

The initiative, started by Alexander and his colleagues, came to the attention of several young cooks. While they do not have a great deal of experience in the profession, they certainly do have a desire to help in any way the can, and this project is the perfect outlet. 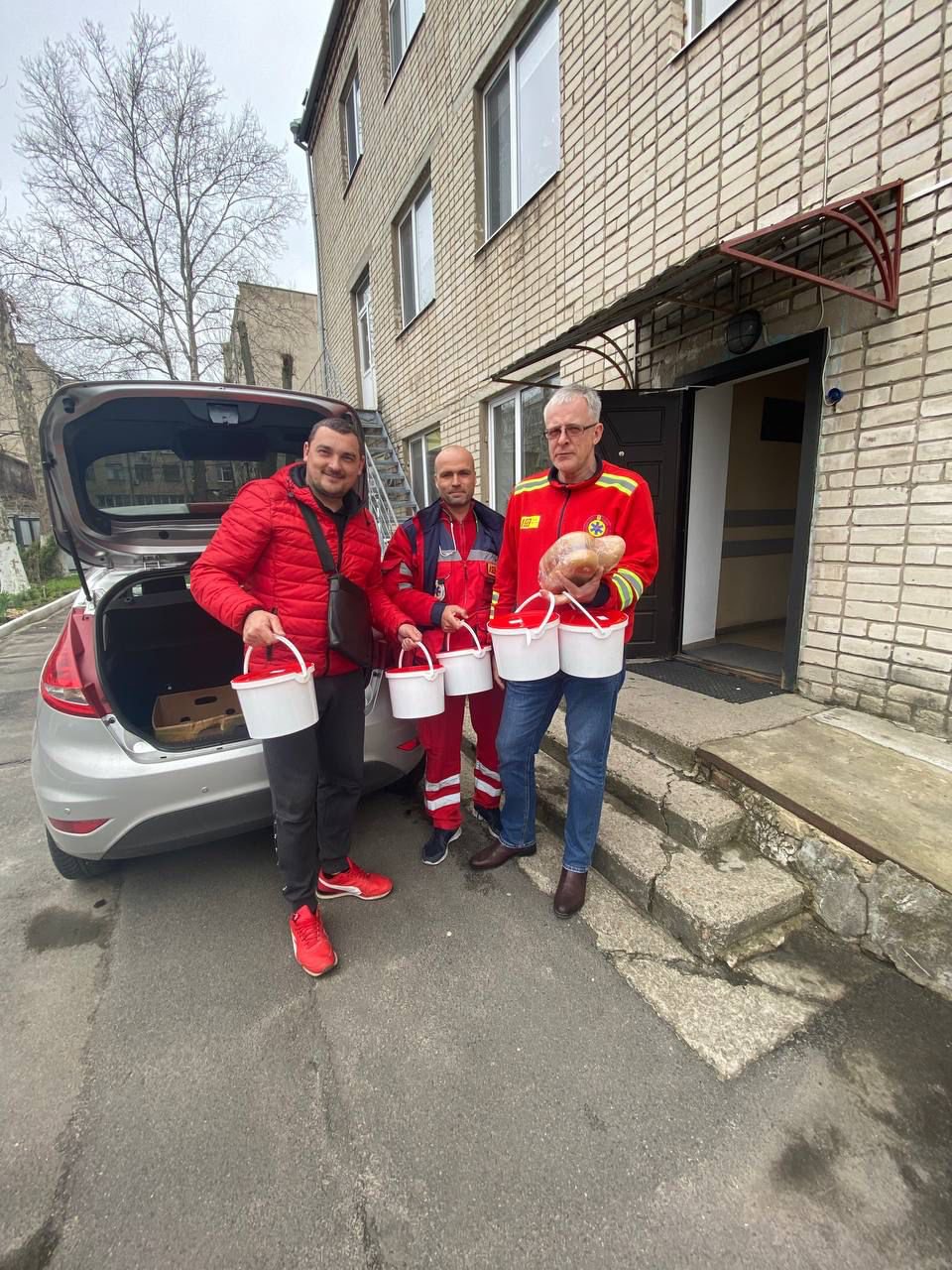 Everyday volunteers set to work in the restaurants to prepare hot meals to be sent to the needy. These meals make their way to feed the sick in hospitals, and to the bomb shelters where people are hiding from shelling and rocket attacks. Finding food in the middle of a warzone is not easy. The chefs and their team do their best to gather ingredients that have been stored in catering establishments since before the war. When the opportunity to purchase produce arises, they take what they can. Of course, the availability of ingredients is nothing like what it was previously, and so Alexander and his fellow chefs have to be especially creative. They cook with what they have, they’re inventive and they use their knowledge to make tasty dishes from a diverse range of ingredients. Before the war, Alexander’s restaurant was one of the top five in Ukraine. Nowadays, he tells us, he just does what he knows best, and that’s cooking delicious food. 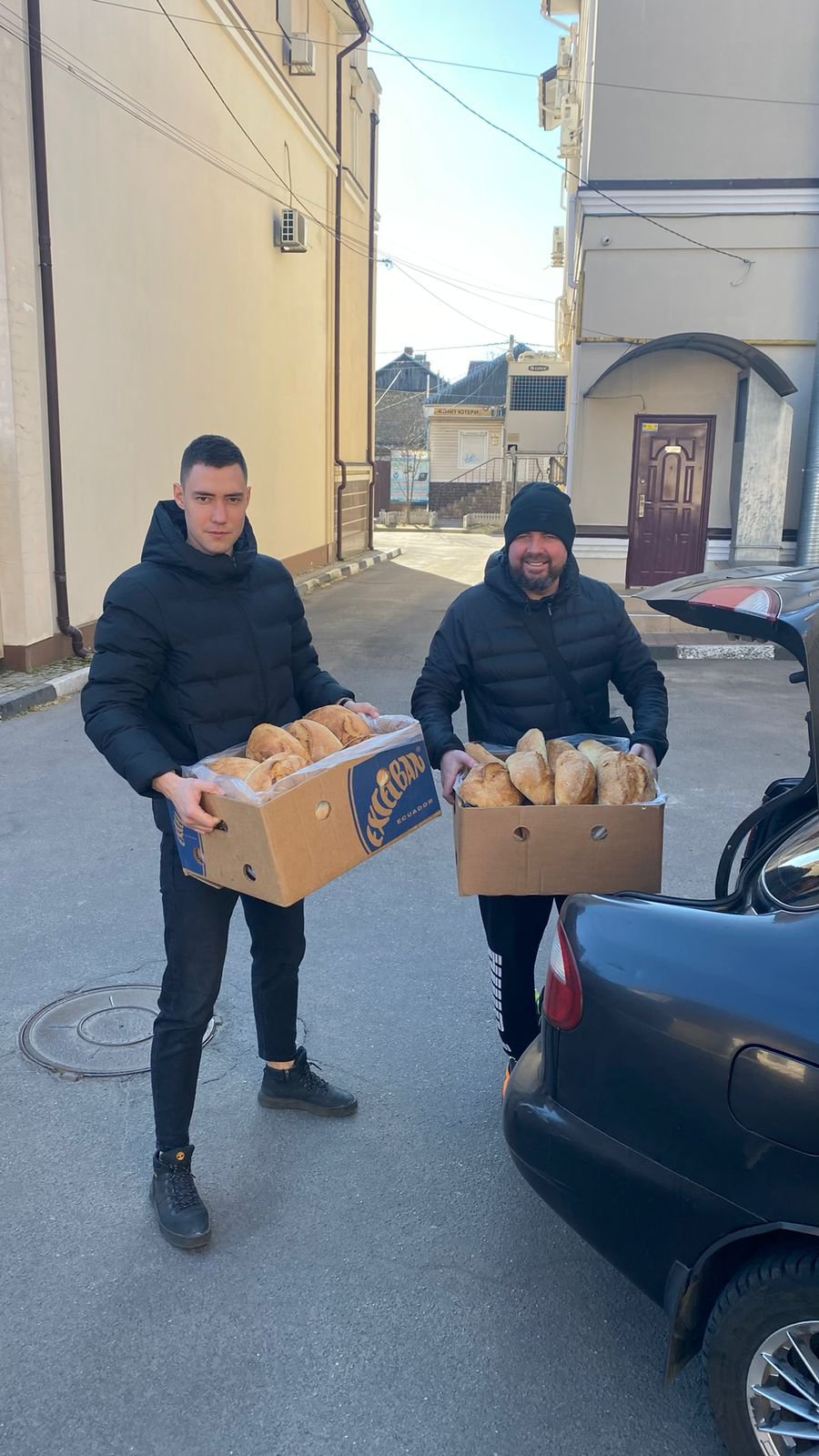 Alexander spoke to us about his feelings and how he’s dealing with the current circumstances.

“It’s been two months since our city closed completely. I’m trying to be resilient to the situation. When you are a leader of a team you can’t show your negative emotions, you can’t show your fear or your disappointment. We all try to lift the spirit of the chefs and volunteers who work with us, but honestly, we are so busy, we often don’t have time to be sad, worried or scared. We also try to hide these emotions from the people we feed. We want only to bring them some positivity, to give them some hope.”

The Chef’s Club organisation immediately figured out that all the local immigrants from the outskirts of Kherson, that had taken refuge in the bomb shelters, needed hot food. Initially they managed to provide 300 meals a day. Now they have 4 kitchens up and running constantly and are serving up around 1000 portions every day. A remarkable effort that is sure to be most gratefully appreciated by those in need in Kherson.

Alexander is quite well-known in Kherson, so when his team made a public call for volunteers to join them, the response was impressive and quick. Many people have stepped forward to help in any way they can.

Baker Pavlo Servetnyk is one of those people. He is feeding the city with freshly made bread which he distributes, for free, on a daily basis. He even made beautiful Easter bread! It is these small actions that bring a world of hope. A familiar Easter treat, even in the middle of wartime, can certainly help to lift the spirits, bringing a glimpse of light into dark times.

The help of such initiatives is hard to undervalue. When the city was occupied and shut down, many people remained, and were then unable to leave. The shops were closed, and the shortage of supplies has made it both hard to find food, and hard to afford it even when it is available as the prices have increased massively.

“We have been cooking with what we can get. People are even bringing food from their homes to help us to feed those in most need. We’ve even had local kindergartens supplying us with ingredients.Taking food from them was not easy emotionally, but everyone just wants to do what they can.” says Alexander.

“We understand at this point we can neither leave the country nor stop doing what we’ve started. We decided to stay for these people, they are waiting for us each day with hope. It motivates us to keep going and keep making tasty meals. Despite everything, we still pay close attention to the quality of our food.”

Alexander goes on to tell us of his concerns for the many young chefs that are playing their part in this initiative. He speaks of their dreams and aspirations.

“They wanted to pursue their career, to follow in the footsteps of their peers, creating original, interesting, and exquisite foods, yet for now at least, that is all on hold. Now they are making food for refugees, huge batches of borsht in 200 litre pots. These are difficult times for the young people. However, I also think they are learning a lot about humanity, when they see what we’re doing here, and learn why we stayed.” 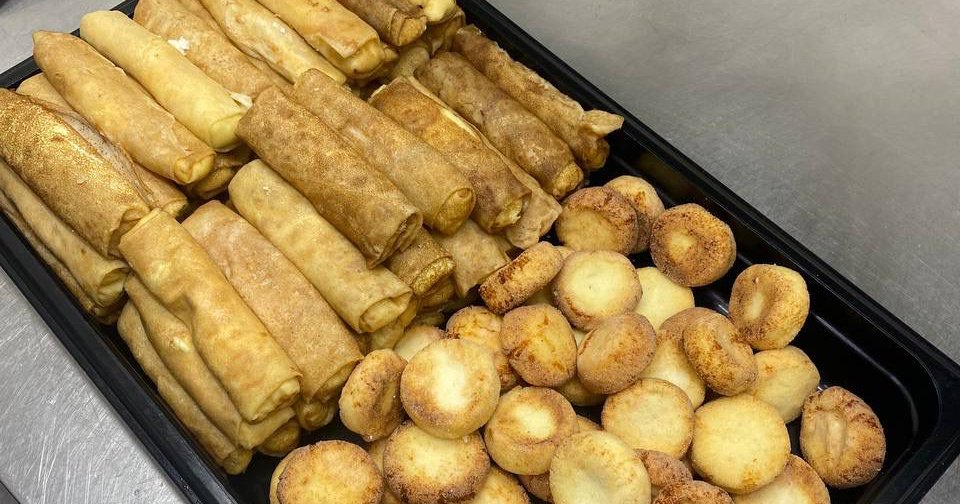 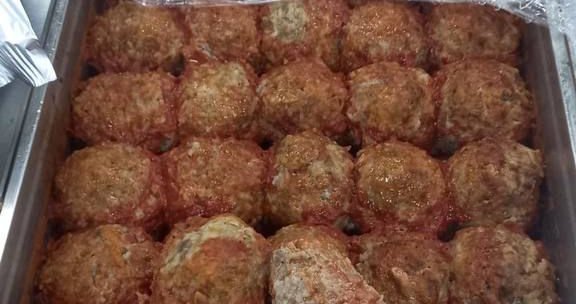 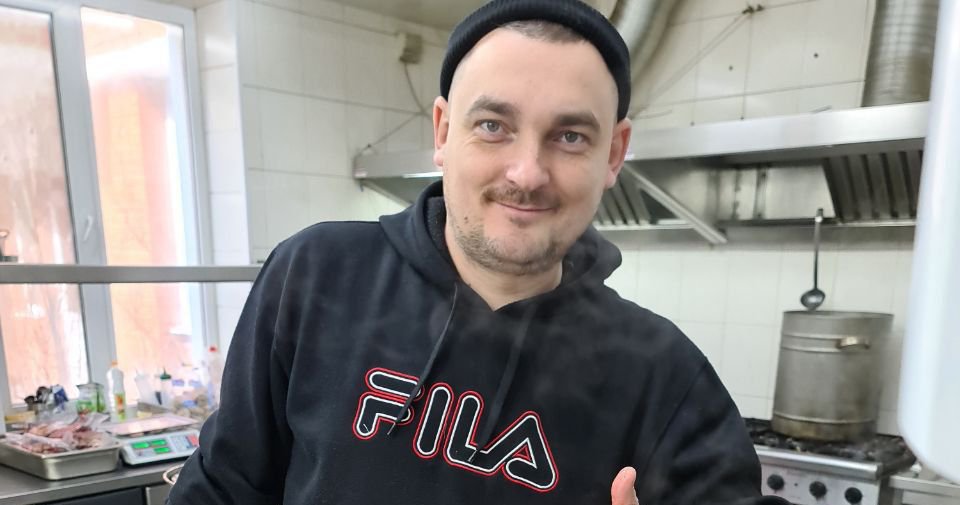 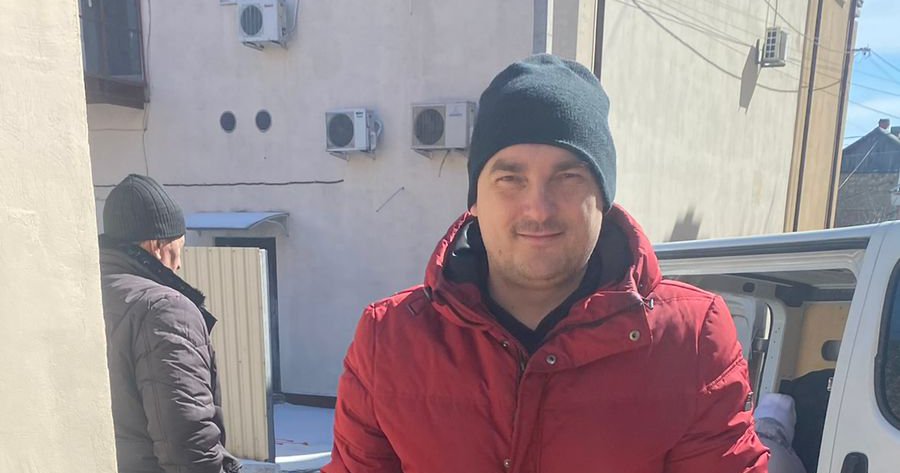 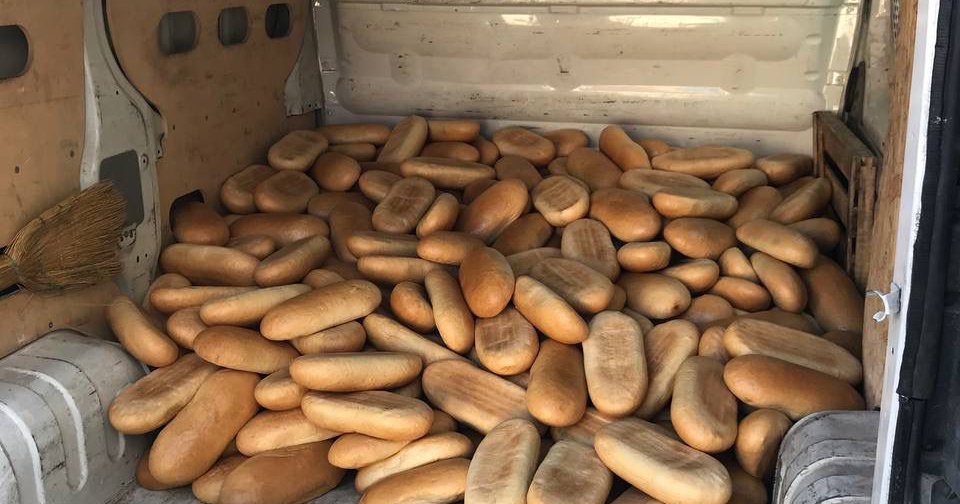 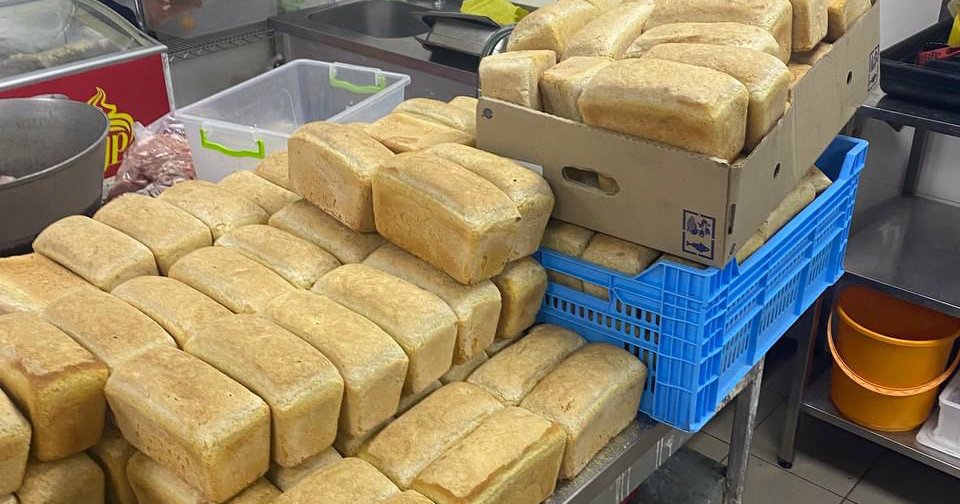 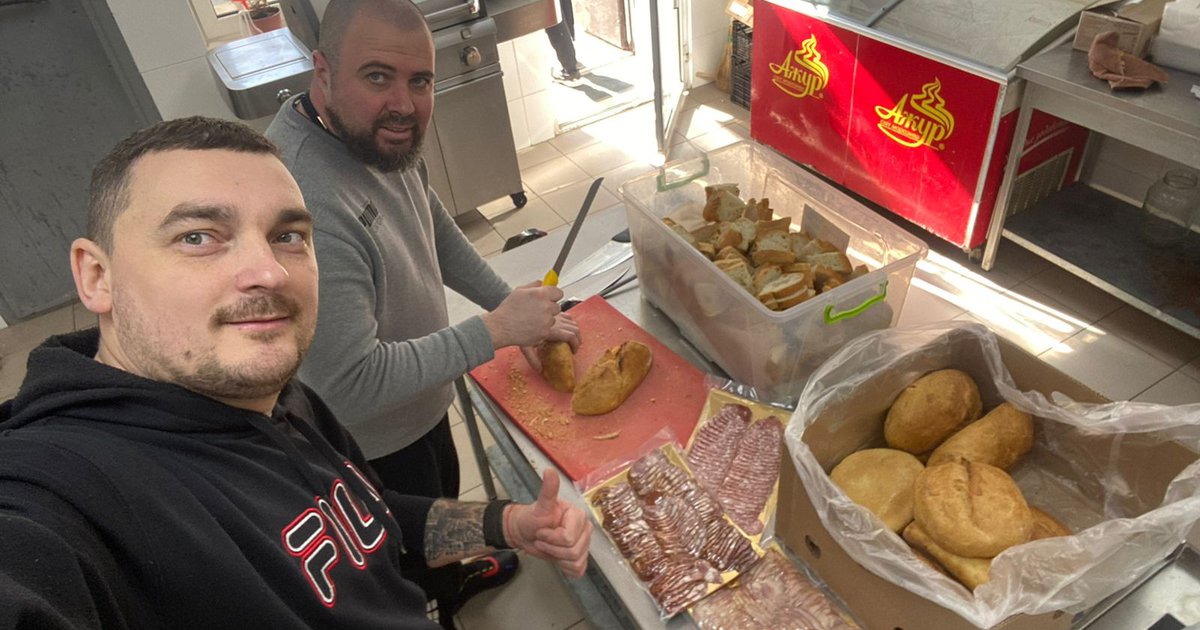 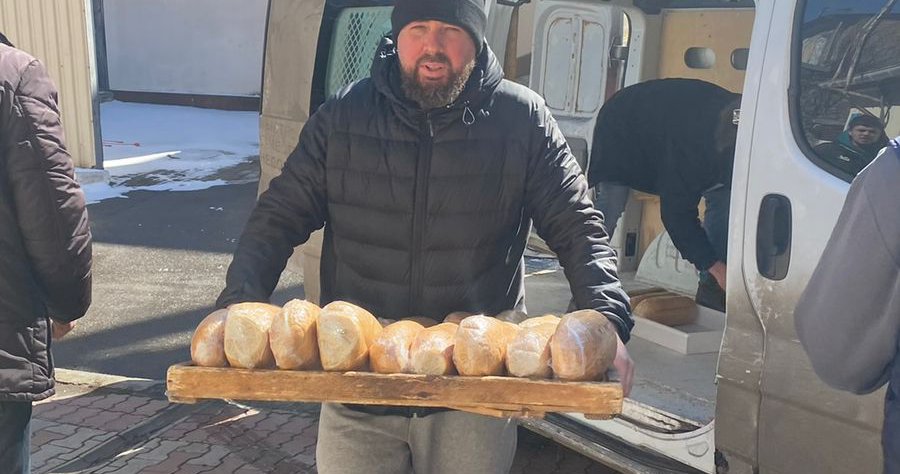 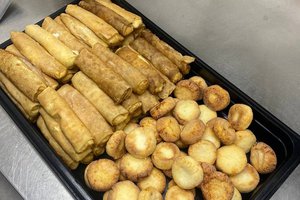 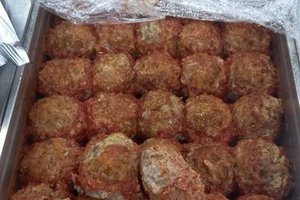 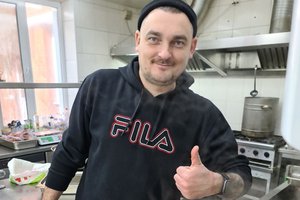 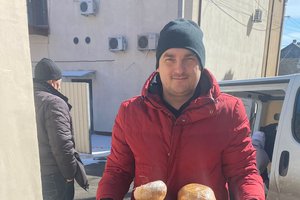 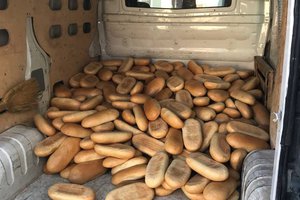 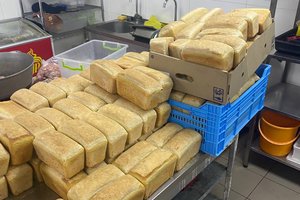 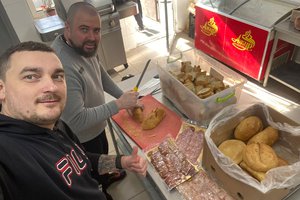 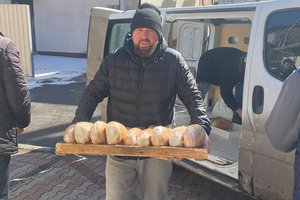