Chef of Mons Pius in Lviv, the first restaurant that chef Jose Andreas collaborated with in Ukraine 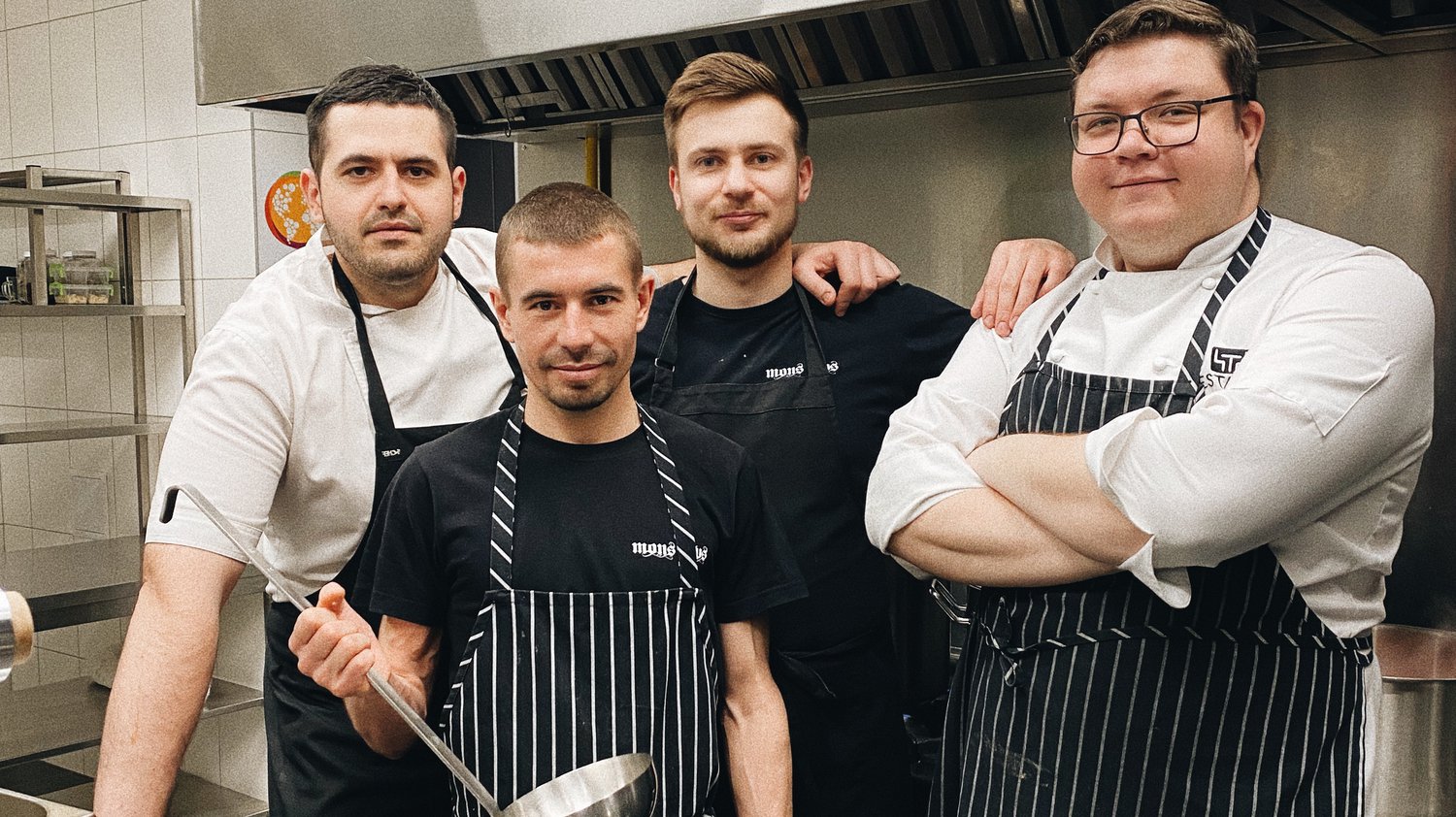 Mikhail Buchko, 30, lives in Lviv. His career as a chef started about 10 years ago; when he first came to the industry as a butcher. From here, he worked his way up to become the Restaron company's brand chef, and the head chef of their meat restaurant Mons Pius.

Since the beginning of the war, Buchko has continued to run a kitchen that provides around 5,000 meals a day for displaced people and the military. The restaurant where he works as a head chef, Mon Pius, became one of the first that the World Central Kitchen partnered with.

Due to its relatively peaceful situation, the city of Lviv became a point of immigration for the population from the rest of the country, particularly from areas that had suffered the most damage. According to the city mayor, around 200 thousand displaced people are currently accommodated in Lviv, while a second wave is expected soon from the eastern regions due to the revival of hostilities.

This local immigration of people looking for a safer place was already evident in Lviv during the first week of war. “Around the second day, when the number of displaced people in the city was very high, we began to prepare food for them” -remembers Mihail.

Lviv has focused all its efforts on welcoming, accommodating and feeding migrants, as well as producing everything that is served up to them.

“Overall, the city was more like a big beehive with sad but very active bees.” says Mikhail.

He speaks of the migrants who now form part of his team, those who have shared some heartbreaking stories from the conflict zones they escaped from, and those who are also continuing to fight for the country.

He admits he panicked at the beginning of the war, but this faded away when the restaurant group he works for decided to stay open. This decision forced him and his team to focus on keeping people safe, and keeping them fed.

“Coincidentally, the war began when we had just completed preparations for the opening of the new Babo Gardens project, and a lot of groceries had been purchased for this. Almost all of it went to feed the displaced people. It's hard for me to describe my situation. Chefs will understand me when I say I used 30 day aged premium beef to make cutlets which were fed to people so hungry that they’re unlikely to appreciate the quality. In short, everything was prepared with tears in my eyes but with faith in a good cause. Some people cooked and read prayers of empathy for people who were in terrible difficulty.”

The food served for the military and immigrants

We tried not to change anything on the menu of the meat restaurant Mons Pius, where I am the chef, but time and the military situation in the city forced us to make some changes, for example with the beverages we can serve, but in general, in terms of food, nothing has changed.

We haven't cut the menu, although we have a lot of complications with some products.

The attitude towards our suppliers has drastically changed. We permanently crossed some of them off our list, but with others, we became good friends, because in the hardest times they thought the same as we did, and everyone took part in the social project for displaced people that we launched: someone just brought a ton of meat, someone bread, someone vegetables. And it just so happened that they were doing it at a time when our warehouses were empty and we didn't have World Central Kitchen support.

When we told our suppliers to find us certain cuts of meat, at least for now, they understood us and treated our demands not as a whim, but as a friend asking for a favour.

The strength to keep going

For 27 years I have worked for Restaron, the restaurant company that owns Mon Pius restaurant. It has been through a number of crises before, and so I am internally confident that we will survive this as well. This confidence gives me strength.

Also, over the years, the company managed to gather a good team, many of these employees the company has managed to retain, even in these difficult times.

The partnership with World Central Kitchen was a life-saving moment for us, but it all happened by accident. The thing is, we have many friends all over the world. Our manager got a call from an old friend in Washington, D.C., who recommended our company to World Central Kitchen and coordinated the collaboration. World Central Kitchen initially only wanted us to feed people on the border with Poland, but we offered to cook for everyone who needs it, right here in Lviv, and we invited them to visit us. The next day they arrived in Lviv.

So that was our first meeting, which has grown into a good partnership. In fact, we were their very first partner in Ukraine. After starting to work with us, they began looking for other partners all over Ukraine.

Their role, of course, is lifesaving; they have focused on the food security of the country during the war. They did things that we did not at first comprehend. For example, when the Russians began bombing food warehouses in the Kiev region, we began to understand why the World Central Kitchen decided to open many of their small warehouses.

And also, we must remember that the restaurant business in Ukraine had not yet had time to recover from the pandemic crisis and so was not in a very good condition. As far as I know, World Central Kitchen are now working with more than 200 restaurants in Ukraine. It's a tremendous support and a shoulder to lean on. Today we can say that they are our friends, who have supported us in these difficult times.

The Personality of Jose Andres, founder of the World Central Kitchen

We met Jose during the first days of our partnership with World Central Kitchen. I literally heard him approaching. He was talking excitedly and was very vocal about something, as I saw him walk into our kitchen making a video on his phone. He talked about all the details of our restaurant and approached each of the staff for a short interview. 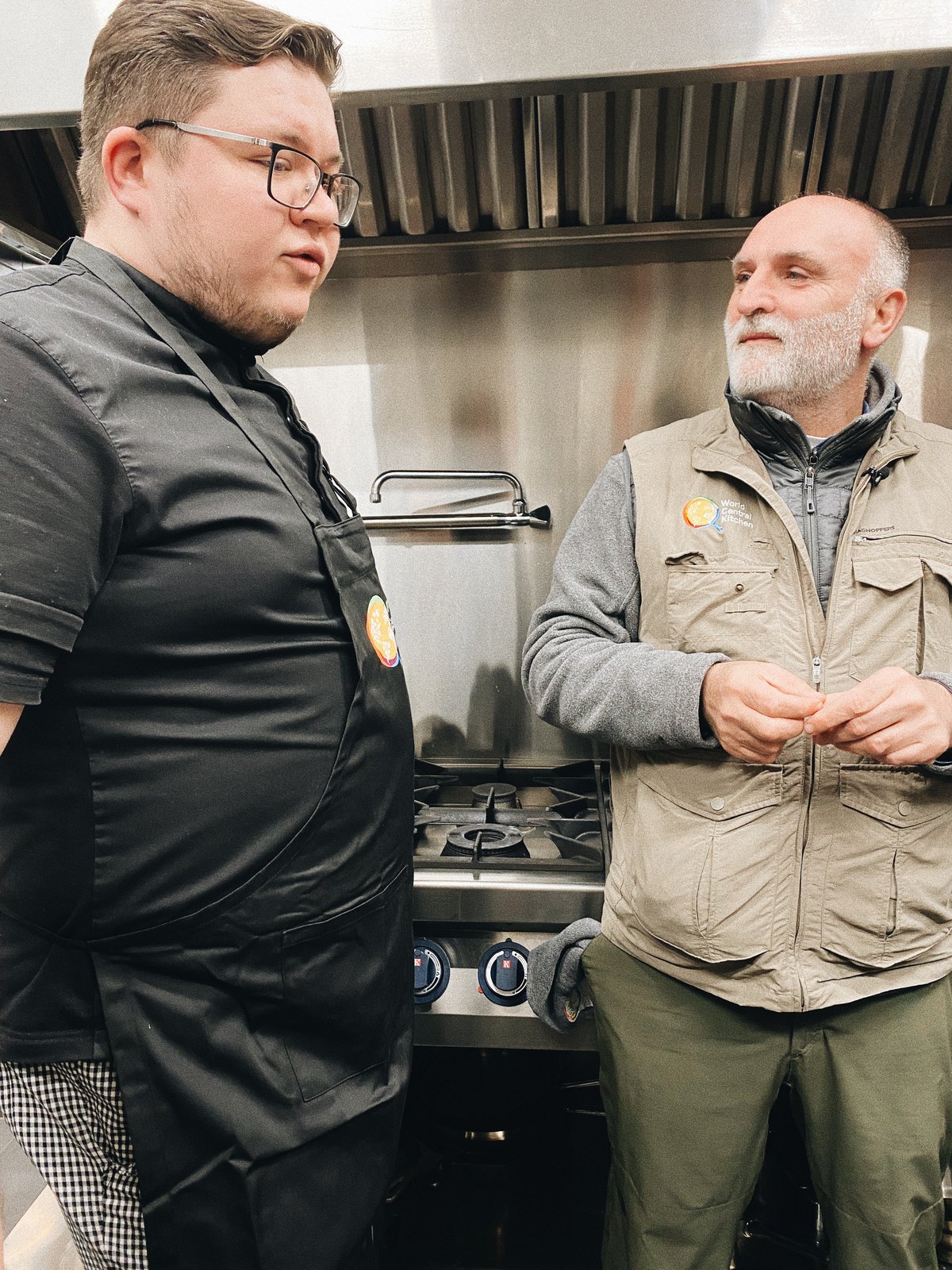 Jose is a very affable and fun person who genuinely wants to help anyone in need.

We talked a lot, but the first thing he said to me was "Misha, I want you to fill all the warehouses in your restaurants with vital products, all the refrigerators and freezers! There should be so much food that you can’t fit it all in! It must be stacked from floor to ceiling, and then I'll have peace of mind for you! We'll give you all that food, no matter how much you need!" That's how I remember Jose - generous and very empathetic.

The consequence for younger chefs

When asked about the effect of the war on the next generation of chefs, Mihail had the following to say «If we speak about the mentality of younger chefs, I have no doubt that there will be a tremendous amount of discussion about local traditions, which are profoundly rooted in our country's past. We'll gain a lot of young researchers, and that's what we've been lacking - research. It's when traditions and food are simply described in words, and then they move onto the plate.»

Mikhail's positivity for a future for Ukraine that its young people will be proud of is obvious. With a new generation of chefs that will bring the traditions of the country into the food of the future. We hope those days are soon to come, and in the meantime, we wish Mihail, The Restaron Group and the World Central Kitchen, all the very best of luck in their worthy ventures. 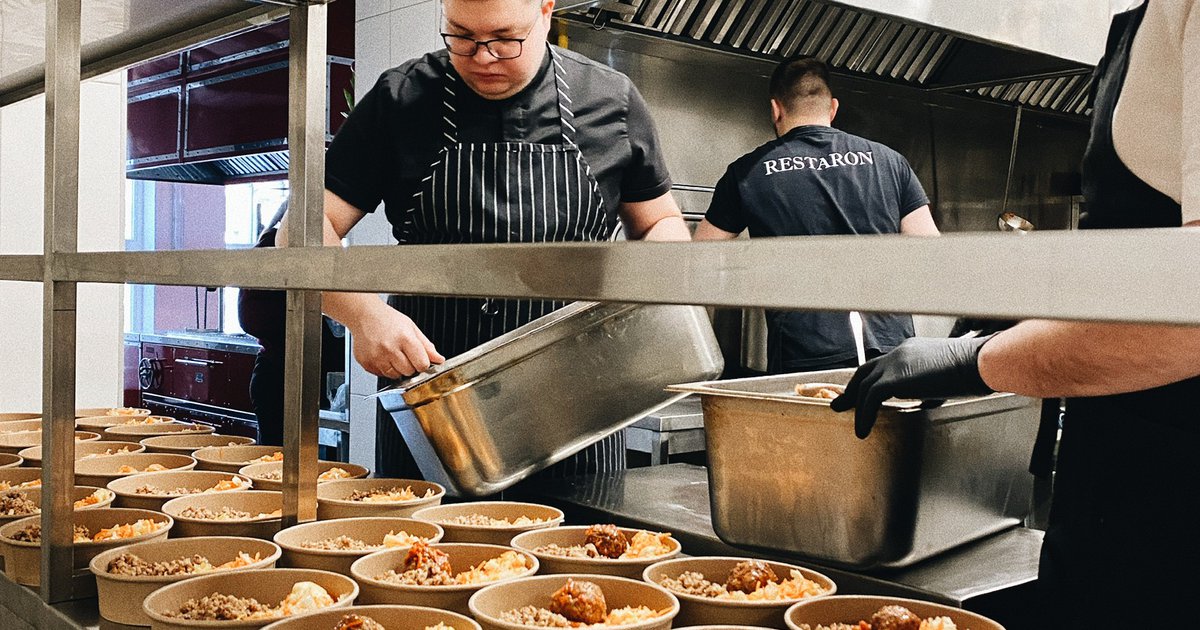 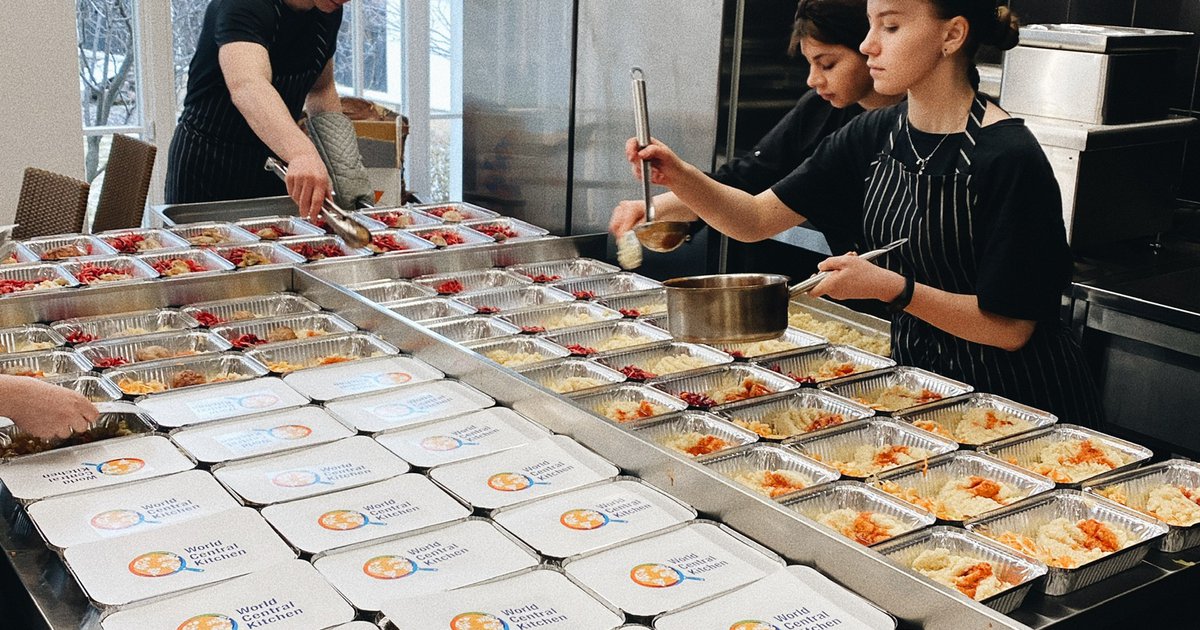 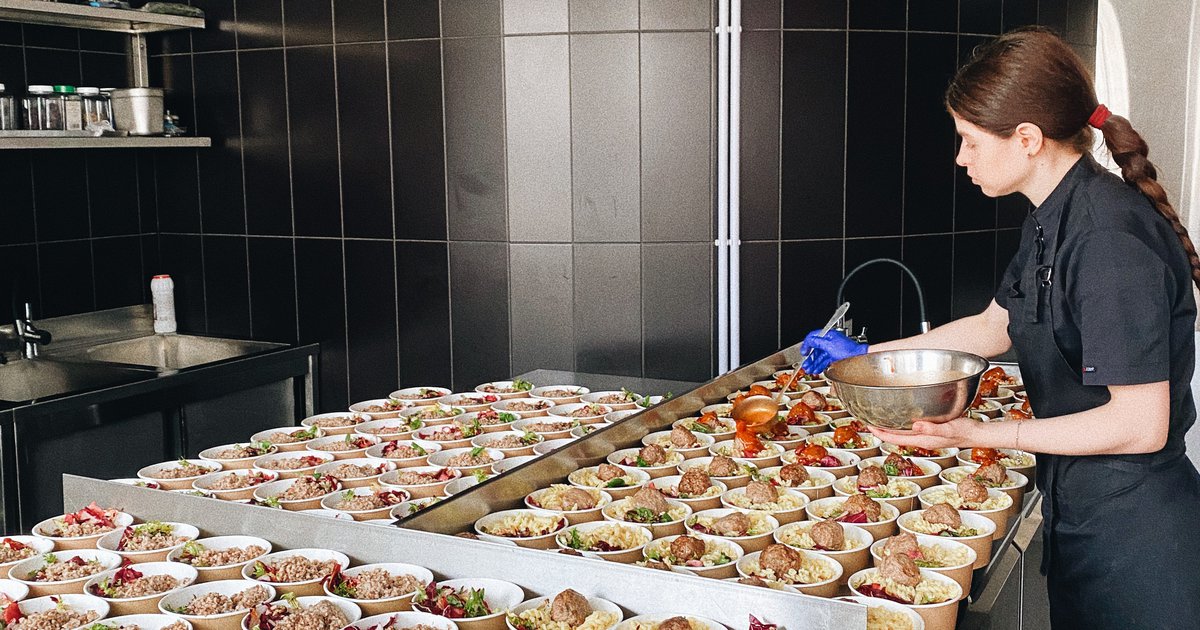 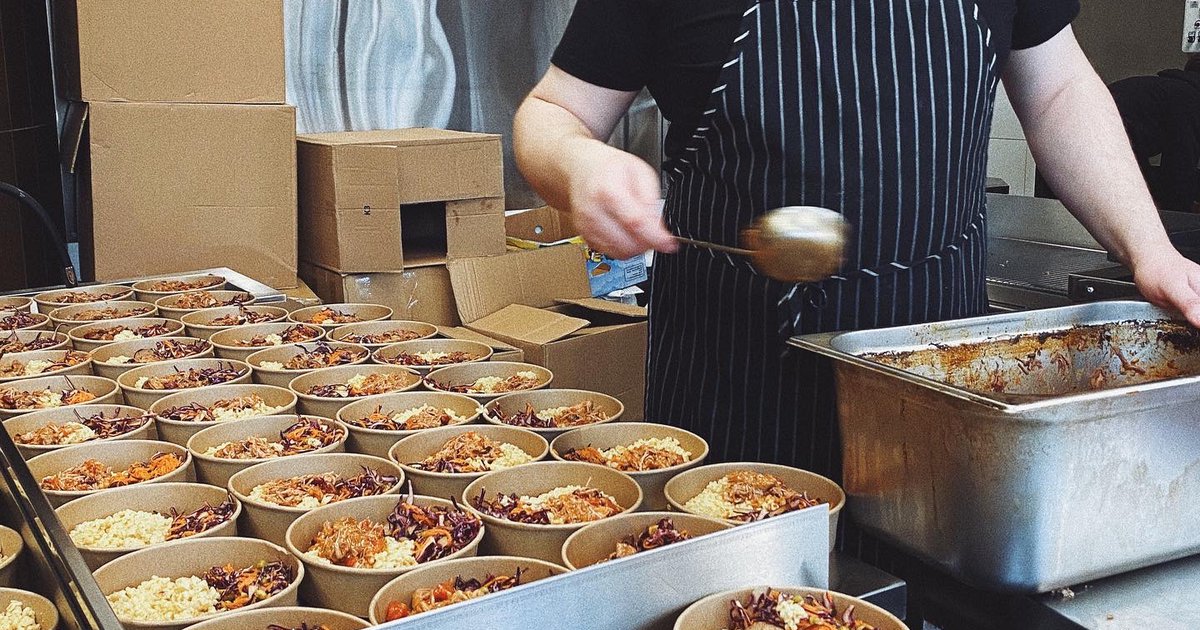 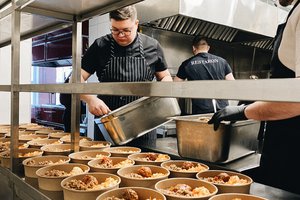 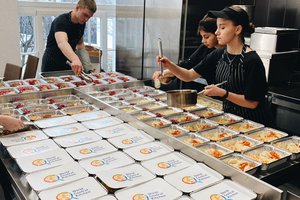 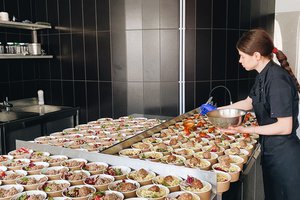 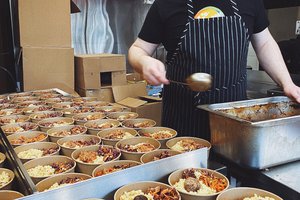