The conflict between Russia and Ukraine will inevitably affect our everyday lives as well. We wanted to interview people trying to contain the consequences of a crucial war for agribusiness. 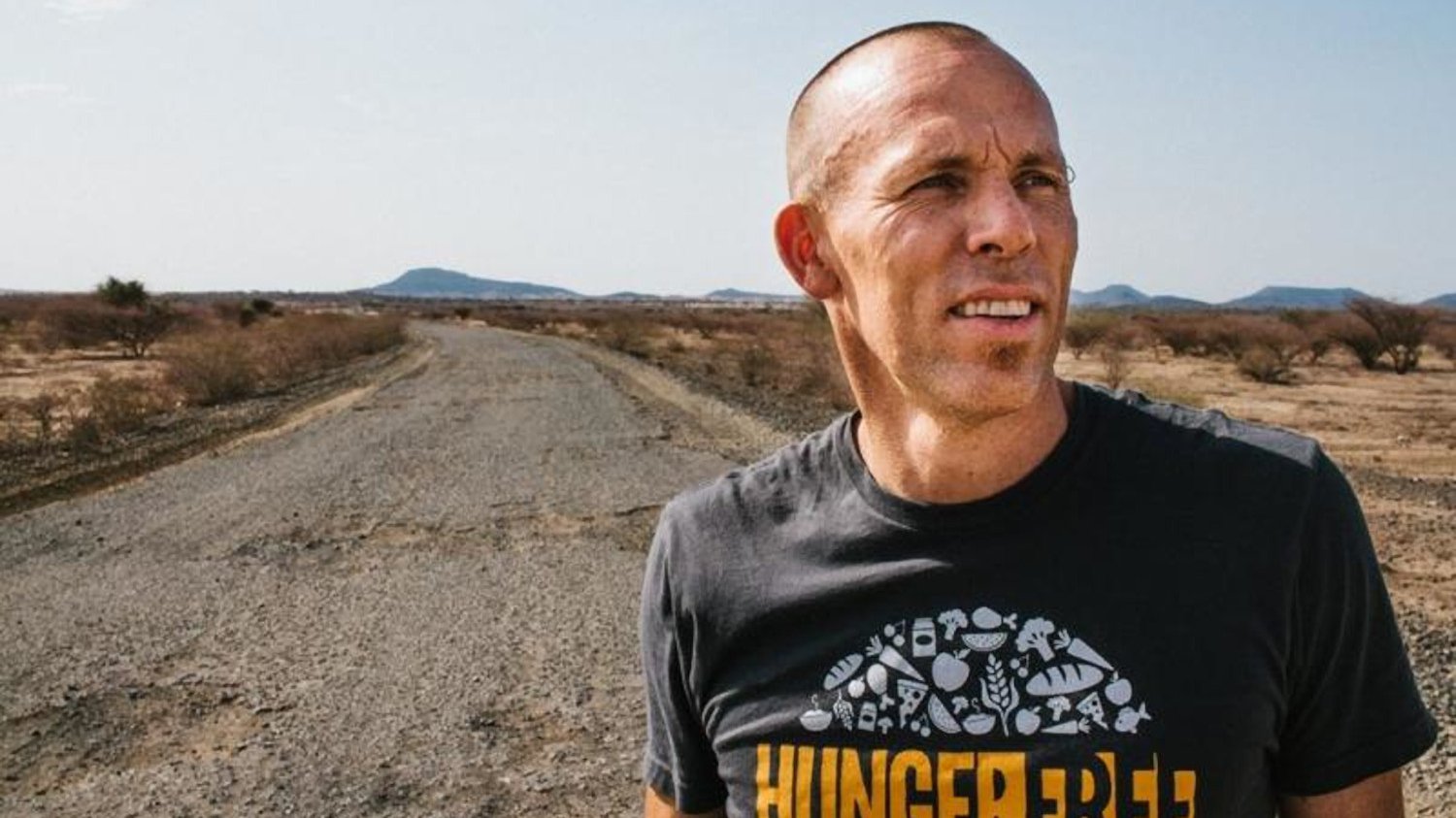 We are in the era of connections, social networks bring us closer, our network of contacts is the most valuable resource and from the support received by chef Cristina Bowerman, who certainly needs no introduction, comes our direct contact with Paul Newnham, a convinced believer that food can be "an engine of change" as well as director of the SDG2 Advocacy Hub, which brings together NGOs, agricultural networks, nutritionists, activists, civil society, private sector and UN agencies. He is tasked with coordinating advocacy efforts to achieve SDG2 (Sustainable Development Goal 2) by 2030. He is joined by a community of more than 240 chefs from 38 countries around the world, who are working to imagine a new, sustainable future.

Early predictions from economists and aid officials warn of a long-lasting impact that spans continents. The mass displacement of Ukrainian people – currently at an estimated 2 million people and rising – risks a major food crisis both in Ukraine and beyond. WFP has warned that this conflict could result in millions of people falling into food poverty.

Ukraine is one of the largest producers of wheat, corn, sunflower oil and barley. The conflict is directly impacting the ability of Ukrainian farmers to plant for the coming season. According to a recent white paper from the International Food Policy Research Institute (IFRPI), the conflict is likely to “disrupt global markets” with short-term impacts for global grain supplies while disruptions to natural gas and fertilizer markets will impact farmers globally at the start of a new planting season. Chair of the Committee on World Food Security (CFS), Gabriel Ferrero, also notes that rising energy prices will further increase food prices.

Russia is also a major cereal producer. The sanctions on Russia as a result of the invasion will further impact food prices. It is important to note that this conflict is happening at a time when global food prices are at a high due to stresses from the COVID-19 pandemic and climate change.

Disruptions to Ukraine’s supply chains (as damage to key infrastructure or port closures) are likely to impact countries reliant on food imports from Ukraine. North Africa and the Middle East, for example, IFPRI estimates imports over 50% of their cereals from Ukraine and Russia.

Rising food prices will disproportionately hurt low-income countries and populations. Many are still suffering from the economic impact of COVID-19 and the rise in food prices as a result of this conflict could lead to a further rise in hunger and malnutrition, reminiscent of the food price crisis of 2007/2008.

2. Let’s talk about the markets. A drastic and further increase in prices is expected. What order of magnitude do you think can we talk about?

3. Which raw materials will be affected?

Ukraine produces much of the world’s sunflower oil, barley and maize. Russia and Ukraine make up a third of global wheat supplies. Russia and Ukraine are also large suppliers of oil and natural gas exports of these have been disrupted. This will raise transportation costs that will also impact food prices.

4. Import prices of fertilizers are increasing (already doubled over the last year), of which the Russian Federation is one of the main producers globally. Do we risk not having the necessary quantities of fertilizers available for the next harvests?

Noting that Russia accounts for 20% of global trade of natural gas and natural gas is a key component of fertilizers, IFPRI warns that a price increase in fertilisers could make this agricultural input inaccessible to producers across the globe and risk poor harvests.

5. One-fifth of the corn that feeds our farm animals (I speak for Italy but not only) comes from Kiev. What happens now?

In the short run, it will be important to diversify sources of corn and animal feed and support farmers as they pay higher prices. In the medium to long term, we must rethink our food system. The IPCC report that came out last week and was overshadowed by the Ukraine crisis makes it clear that climate change is already affecting food security, nutrition and agricultural production, including livestock. Price shocks/supply disruptions like the one we are experiencing now will only become more frequent due to climate change.  The interesting point in this article: German Green MEP Martin Häusling suggested the EU should use the Ukraine trade disruption to change its animal-centric agricultural model, asking: "Can we afford to feed 70 percent of our cereals to pigs and poultry? We have to think about building up a sustainable agricultural system.

6. We are talking about an emergency plan to help farmers and artisans affected by the conflict. What can be done concretely?

Subsidies and other supports will be needed to support farmers, so that food production is not further disrupted as a result of high input costs. It is also important to support low-income households, including smallholder farmers in low-income countries, who are net food buyers and will be hit hard by both input costs and food prices. Safety nets are critical to look at holistically.

7. It deals with the transformation of food systems so that they are sustainable and inclusive for all. In which direction are we going?

Forward, I hope. The recent UN Food Systems Summit gathered together a wide range of stakeholders to discuss the challenges we face and identify solutions that accelerate action. Advocates and actors around the world are leveraging this newfound understanding of food systems and momentum generated by the Summit to elevate the issue of food systems on the international agenda and connect the dots between previously siloed conversations; climate and nutrition, agriculture and food security. We have only 8 harvests left and 8 years to reach the Sustainable Development Goals – food has an important role to play in tackling many of the health and climate crises that we face, but only if we can move from conversation to action.